The Alterszentrum am Buechberg has replaced its organically grown, heterogeneous IT landscape with a future-oriented, private-cloud Desktop-as-a-Service environment. Based on the Bechtle solution, 360° desktop, it ensures reliable operations and gives employees cutting-edge equipment along with extensive support and consulting services, and complete no-surprises visibility into costs to boot. The new environment ties in perfectly with business processes, eliminates tedious routine tasks to relieve IT staff, and dramatically improves system reliability and data protection.

Like many other retirement and care homes at the time, the Alterszentrum am Buechberg (AZB), a retirement centre located in the north of Switzerland, began leveraging IT in the early 2010s to enhance administrative workflows that used to be very paper-centric. Over time, its IT landscape experienced a lot of organic growth. An on-premise server based on Microsoft SBS was used to enable software-based administration, patient documentation, and various individual solutions such as the AZB’s menu ordering system for iPad.

This infrastructure began to buckle under the growing requirements, tied up IT staff with excessive maintenance and operations work, required a lot of manual intervention, and today is no longer supported, either. Consequently, AZB’s management and administrative boards began in 2016 to develop a new IT strategy, took stock of their options regarding the use of an on-premise server, and eventually landed on a Desktop-as-a-Service (DaaS) solution as the way to go. Its call for bids yielded no less than 18 different proposals. Following intensive evaluations Bechtle’s came out as the winning bid thanks to the amount of detail that went into it, the proposed solution’s high level of security, a self-service portal for user management, and extensive support services.

In September 2019, a project team under the supervision of Bechtle and composed of employees from both Bechtle and AZB set out to create detailed plans and implement the new solution. The time frame was quite ambitious: a live DaaS environment (360° desktop) was to be up and running by early December. Not only was the team able to hit this mark, it did so without using a penny more than the budget allowed. AZB was able to perform thorough tests of its new IT environment in November and make some minor tweaks before the overnight migration between 4 and 5 December 2019, which required only minimal downtime.

Since 5 December 2019, office staff and caregivers have been accessing applications and data via a centrally provided, XenApp-based Citrix desktop using all new thin clients, which replaced every last one of the traditional PCs used before. Applications used by AZB staff include Microsoft Office and e-mail including an interface to HINmail, as well as specialist software such as RAIsoft, Caresoft, Presento and WiCare-Doc. Bechtle delivers the entire infrastructure as a private-cloud service hosted in a tier-4 data centre located in Switzerland. Bechtle also took on complete responsibility for operations including backup, disaster recovery, antivirus, antispam, and remote desktops. Naturally, all data is stored in an encrypted form to comply with all data protection requirements.

Operation of the AZB’s existing network is now also in the hand of Bechtle. The link of the site in Filisbach to the data centre was realised using a new MPLS connection by Sunrise. The existing internet connection is still in place as a backup line for the site’s Wi-Fi network. For economic reasons, the Schlossblick branch in Mägenwil was also connected using the existing internet access. The solution also supports remote workers, enabling AZB employees to work from home at any time.

AZB’s administration team is now able to use a self-service website to manage user accounts, including new account creation, updates, password resets, and the assignment of applications via a software kiosk. Before, these tasks had to be performed by the centre’s previous IT partner, which would result in tedious processes and significant delays.

The Bechtle team is highly professional and really knows what they are talking about. They are as good as their word, and they stick to the agreed time and cost frames. There was a lot of mutual trust from the get-go. In Bechtle, we have found an IT partner that we are happy to rely on also in the future.

With its DaaS environment, the Alterszentrum am Buechberg can rely on a trusted, unified, future-oriented, highly secure and cost-effective solution that uses the latest technology for all its IT needs. It gives employees optimal and reliable technology to perform their day-to-day tasks, while IT operations are now much more stable than before. Data security and data integrity are also much better, and administration is much simpler, too.

Sandra Pfister, AZB’s head of administration: “We are particularly pleased with the fact that we are able to get everything we need from a single provider, including a fast and highly responsive service desk. Transparency into costs is another plus. It’s all easy to budget and there are no more unexpected IT costs like we occasionally saw before. Our management and all our colleagues are very happy with our new IT environment and the new user experience.” 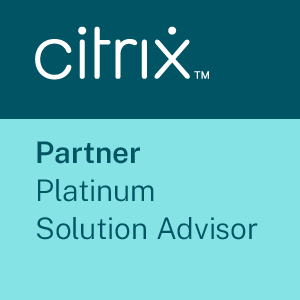 Bechtle installed a scalable and reliable infrastructure and backup for SNSF, while realising an end-to-end migration.

After consultation with Bechtle, Sonceboz decided to implement a HPE Simplivity solution to modernise its data centres.

Bechtle helped the EHL to establish the central HCI platform VxRail and introduce AI to their infrastructure—a huge step in terms of innovation.

Azqore transforms its IT fleet to be able to handle anything.

Data centres need to be able to handle more and more and costs have to be reduced at the same time. We’re happy to show you how you can help you make your data centre fit for the future.

Zerto Virtual Replication allows disaster recovery plan tests to be automated. Coop can now easily move workloads from one data centre to the other.

Boschung : innovation, technological progress, and proper security for their IT.

Bechtle installed a reliable, fast and flexible Veeam solution for the storage and protection of data for SIEN.

A modern IT demands modern storage solutions. Bechtle can help make your data centre fit for the future.

With its virtualisation solutions for virtualised company infrastructures, VMware lays down the framework for the computing of tomorrow.

Using a storage solution for the University Psychiatric clinic’s AV therapy, Bechtle increased the performance of the systems.