Critical vulnerability in Microsoft Windows DNS Server – We support you.

Check Point has discovered a critical vulnerability in all Microsoft Windows DNS servers. In the worst case, an external attacker can gain access to the entire corporate network (Active Directory) through Internet Explorer thanks to a user’s click. All Windows DNS Server versions from 2003 and later are affected and Microsoft has already made a patch available. 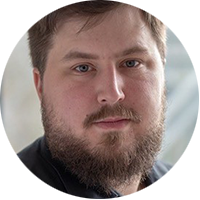 Found in the overwhelming majority of infrastructures, Windows DNS Server is also generally installed on each Active Directory Domain Controller and was recently put under the microscope by Check Point. The company’s research term discovered a critical vulnerability which has existed for 17 years. Christened SIGRed, it allows attackers to run any malicious code in the user context of the DNS Server service and access domain admin rights which is one of the most critical security incidents in most infrastructures. Microsoft itself has classified the vulnerability (CVE 2020-1350) at the highest possible risk level (CVSS Score 10.0) and as “wormable” meaning that attackers can move from one system to another.

This security vulnerability only affects the DNS Server service but not that which is used on Windows client operating systems. However, by gaining domain admin rights, the data on these clients are also at risk.

The implementation of the DNS Server service has uncovered an error in the handling of DNS enquiry answer packages: If a package is specially manipulated and larger than allowed, it leads to a classic Heap-Based Buffer Overflow that crashes the service and makes Windows run the planted code. As Windows automatically restarts a crashed DNS service several times, this error will only be detected with special monitoring, e.g. a SIEM system trained specifically for the job.

The code is run in the user context of the DNS service. As the code normally runs with enhanced privileges ("LOCAL SYSTEM"), if successfully exploited, attackers obtain domain administrator rights, putting the entire corporate infrastructure at risk.

In order to actively exploit the vulnerability however, attackers have to delve deep into their box of tricks and fulfil a number of conditions:

Point one is the initial attack vector. Either the user stumbles across a drive-by-download or it has to be activated by clicking on a link, which is much more common. The malicious link can be embedded into a website or sent by e-mail to the user. Of course, there is no need to click on a link to trigger a name resolution. There are simpler methods for this. Having said that, a normal name resolution is served by a DNS Server via the UDP protocol and not via TCP, which is necessary for the attack. Attackers can use several tricks to either move the DNS Server to TCP or to get the browser to initiate the DNS query. The latter is no longer possible with browsers such as Chrome and Firefox, but with Internet Explorer which is widely used in companies.

The Windows DNS Server service is installed as standard with every Active Directory Domain Controller. Due to the central name resolution feature, it cannot simply be switched off as a precaution, but must be secured during operation.

Due to the high potential for damage, we recommend the patch be immediately installed.

If this is not possible, Microsoft has published a workaround that reduces the maximum allowed size of TCP-based DNS answer packages. The following commands set the necessary registry inputs and restarts the DNS service:

Alternatively, an intrusion prevention system can be used to stop the attack directly at its source for which Check Point has published a suitable pattern in its IPS Blade with other manufacturers to follow suit.

It has been repeatedly shown that highly critical security vulnerabilities continue to be uncovered despite the best efforts of the IT industry. There are often gaps in older codes that lie undetected for long periods. Thankfully, until now an attack has not been detected that exploits the vulnerability, so it is imperative to follow the three rules mentioned above. Get in touch with your Bechtle account manager today if you have any questions.

Microsoft article on the workaround

08 Jun
Advanced persistent threats – Responding to sophisticated attacks.
Power stations, registration offices and innovative SMEs are rewarding targets for hackers and attacks on critical infrastructure can have severe consequences including power cuts, stolen data, industrial espionage. To stop attacks in their tracks, Bechtle’s experts work around the clock to protect your IT systems. If there should be a security incident however, it pays to be quick out of the blocks and as a qualified APT response provider, this is where we come in. Read on to find out how we can help you defend yourself against advanced persistent threats and how these attacks unfold.
Read
28 May
Critical vulnerability in VMware products – We’re here to support you.
VMware has reported severe vulnerabilities that impact all current versions of vCenter Server and Cloud Foundation. The issue has been evaluated to be critical and customers are being urged to patch their systems. A workaround is also available.
Read
03 May
On a secure footing.
Attacks on IT infrastructures are no longer the exception. Every day, an uncountable number of businesses fall victim to cyber criminals with the BSI Situation Report 2020 describing 117.4 million new, previously unknown versions of malicious software. That equates to more than 320,000 each day. In order to serve their purpose, they naturally have to spread and that means we see the same situation play out over and over again—an employee receives an e-mail and opens it without thinking. The result? Disaster. Carry on reading to find out how you can get your company onto a secure footing.
Read
22 Apr
Advanced security framework for data centres and hybrid clouds.
Businesses are striving to make better use of their IT resources and ready them for the future with the latest and best security technologies to reconcile them with their own cloud transformation. We’ll show you how it’s done.
Read
14 Apr
Holistic data centre monitoring with PRTG.
No matter if in the cloud, as a hybrid solution or on premise, at the end of the day, IT is on physical computers housed in a building. In other words, a data centre. To make sure a data centre operates smoothly, it is essential to keep an eye on a whole raft of components within the IT infrastructure and in the room itself to pick up on any potential vulnerabilities early and, therefore, precent issues, damage and even outages.
Read
More posts

Enterprise Mobility & Security. ✓Optimum all-round protection for all of your applications with the Microsoft EMS Suite. ✓ Get in touch for a personal consultation.

Arcserve All-in-One Disaster Recovery and Endpoint Protection – Get double the backup capacity for half the price ✔ Buy now from Bechtle!

Power stations, registration offices and innovative SMEs are rewarding targets for hackers and attacks on critical infrastructure can have severe consequences including power cuts, stolen data, industrial espionage. To stop attacks in their tracks, Bechtle’s experts work around the clock to protect your IT systems. If there should be a security incident however, it pays to be quick out of the blocks and as a qualified APT response provider, this is where we come in. Read on to find out how we can help you defend yourself against advanced persistent threats and how these attacks unfold.

Kaspersky | Security solutions and services for your business

The cyberthreat landscape is constantly changing. You’ll find the right solution for your business with Kaspersky ✓ Discover now at Bechtle.

Sunburst and Supernova in cyberspace – We support you

The cyberattacks on companies FireEye, SolarWinds and Microsoft at the beginning of December 2020 have led to an overflow of reports on the events. Little by little, the effects are becoming known to the public, while further attacks are almost certainly to be expected. For this reason, we would like to give you an overview of this topic as well as recommend a plan of action.

Complete security from a single source with the new SonicWall Capture Security Center. Protect your end points and networks from cyber attacks.