Fileless malware is an effective means leveraged by attackers to infiltrate systems undetected. This type of attack is different from standard malware in that it doesn’t have to install malicious software in order to infect a computer. It doesn’t even write anything to the hard drive. While it sounds improbable, these kind of attacks are no longer rare. 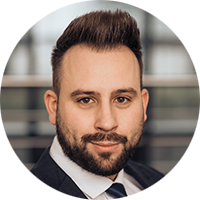 Virus scanners can’t detect the malware as nothing is written to the hard drive and the malicious code remains in the RAM, exploiting system tools to attack and plant more code. Flash, javaw.exe and iexplore.exe are perfect for doing so.

There are a few ways to launch fileless malware attacks, such as through malicious banners, or malvertising. When users click on the banner, they are redirected to a website that, at first glance, seems legitimate. A malvertising infection of individual websites is as imaginable as the seizure of an entire advertising network and therefore the widespread distribution of the malicious code.

Flash—which has a number of vulnerabilities—is then used to continue the attack. Flash uses Windows PowerShell to run script in the command line, but in this case, it is only executed in the RAM where the malicious code (e.g. a botnet) can be loaded and run directly.

The execution of PS1 scripts is regulated by the system However, if the malware programmer enters the command set-executionpolicy Unrestricted, and answers the script-controlled question with “A” for “all”, any script can be executed.

When a computer is restarted, the RAM is normally deleted and the fireless malware can be stopped in its tracks. However, Windows 10 has introduced quick start mode that significantly boosts boot times. If this mode has been activated, the computer never fully shuts down. When it is restarted, the system reads the previously written kernel and driver status (hiberfil) instead of completely restarting, meaning that the last system status is loaded with this image in the main memory, making it possible that parts of the malicious code are also reloaded. For this reason, it must be ensured that the system is completely shut down and restarted every time. There are several ways to do this:

Open the command prompt and select “Run as administrator”. Enter

and restart the PC. You can also create a batch file with

Or alternatively, you can enter the command by pressing Windows + R.

08 Jun
Advanced persistent threats – Responding to sophisticated attacks.
Power stations, registration offices and innovative SMEs are rewarding targets for hackers and attacks on critical infrastructure can have severe consequences including power cuts, stolen data, industrial espionage. To stop attacks in their tracks, Bechtle’s experts work around the clock to protect your IT systems. If there should be a security incident however, it pays to be quick out of the blocks and as a qualified APT response provider, this is where we come in. Read on to find out how we can help you defend yourself against advanced persistent threats and how these attacks unfold.
Read
28 May
Critical vulnerability in VMware products – We’re here to support you.
VMware has reported severe vulnerabilities that impact all current versions of vCenter Server and Cloud Foundation. The issue has been evaluated to be critical and customers are being urged to patch their systems. A workaround is also available.
Read
03 May
On a secure footing.
Attacks on IT infrastructures are no longer the exception. Every day, an uncountable number of businesses fall victim to cyber criminals with the BSI Situation Report 2020 describing 117.4 million new, previously unknown versions of malicious software. That equates to more than 320,000 each day. In order to serve their purpose, they naturally have to spread and that means we see the same situation play out over and over again—an employee receives an e-mail and opens it without thinking. The result? Disaster. Carry on reading to find out how you can get your company onto a secure footing.
Read
22 Apr
Advanced security framework for data centres and hybrid clouds.
Businesses are striving to make better use of their IT resources and ready them for the future with the latest and best security technologies to reconcile them with their own cloud transformation. We’ll show you how it’s done.
Read
14 Apr
Holistic data centre monitoring with PRTG.
No matter if in the cloud, as a hybrid solution or on premise, at the end of the day, IT is on physical computers housed in a building. In other words, a data centre. To make sure a data centre operates smoothly, it is essential to keep an eye on a whole raft of components within the IT infrastructure and in the room itself to pick up on any potential vulnerabilities early and, therefore, precent issues, damage and even outages.
Read
More posts