CERT-Bund, the computer emergency response team of the German Federal Office for Information Security (BSI), has issued a warning about a new type of ransomware that immediately deletes data instead of merely encrypting it. This means that even if the affected organisation pays the ransom, its data is gone forever. Read on to learn about GermanWiper and what you can do to protect yourself.

As is so often the case, it all begins with a seemingly innocuous e-mail. This one contains a job application, at the moment usually from someone named Lena Kretschmer, containing an image, a well-written cover letter and a ZIP file. At first glance, everything seems okay, but once you open the ZIP file the attack is under way. The PowerShell opens, after which the malware is downloaded from the Internet—and then it overwrites all data with zeros. If your data isn’t backed up, you’re out of luck. It’s gone. The e-mail itself appears well-crafted, but a healthy dose of scepticism will tell you that something is amiss:

These points show how crucial it is to train workers in IT security. It’s as true as ever that employee actions still pose a huge security risk for companies. Failing to provide sufficient and, more importantly, regular training amounts to unwittingly creating unnecessary gateways that could even jeopardise your business model.

What to do if you opened the file.

In the worst-case scenario, there’s not much you can do. The first step is to remove your device from the network as quickly as possible and report the incident to your IT department so that they can take the required next steps. These include restoring data from backups (provided they exist), informing the rest of the staff and putting @stadtmailer.com on the e-mail blacklist to block any further messages from this address. A well-managed security service provider will have already done this for you.

Even if you immediately delete the e-mail without opening the file, you should still notify your IT department. Your co-workers may have received the message as well and they should be specifically warned to refrain from clicking on the attachment. Of course, there are also technical ways to counter GermanWiper.

Your best lines of defence against GermanWiper.

Combining these measures can help your company effectively protect itself against malware and sidestep not just GermanWiper but also many other types of cyber attacks. 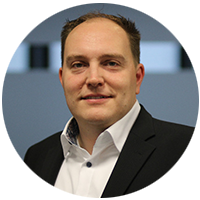 Data protection affects us all - privately and professionally. What data do we want to share? How, where and by whom is it processed? These are questions that concern everyone. Companies must ensure that they protect our data. I explain in the following blog what role legal requirements play in this and how companies should organise themselves when dealing with data protection and information security.

IT security in 3 steps ▷ Bechtle AG

IT & Cyber Security: For an all-round protection package for every entrepreneur ➥ SIEM ✓ Machine Learning ✓ Forensic Tools ✓ Find out more now at Bechtle.