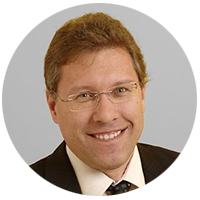 LDAP, developed in 1993 at the University of Michigan, provides a simple, uniform way to access object data. Over the years, it has proved to be a practical resource that functions quite well—perhaps too well as the interface has often been misused to acquire sensitive data from directory services in preparation of a cyber attack.

Microsoft has therefore pulled the plug on current default LDAP settings. The March 2020 Microsoft update will enable LDAP channel binding and LDAP signing (LDAPS) by default for Active Directory servers. This ensures that only requests with a certificate are accepted.

However, the tight time schedule confronts many customers with the challenge of establishing alternative solutions. Microsoft has now decided, in response to popular demand, to postpone the shutdown until the second half of the year. With this decision, Microsoft is granting its customers a one-time postponement to replace the LDAP interface still used in many legacy applications. Nevertheless, there is no time to lose at this point. A further delay is not to be expected due to security reasons.

What does this mean?

This change affects a large portion of your company’s IT infrastructure, namely any system that uses or is linked to AD authentication. Whether they work properly or not will depend on their compatibility with enabled LDAP channel binding and LDAP signing. After 20 March, all systems using LDAP without a certificate will no longer be available.

Which systems are affected?

This is a difficult question to answer. Because LDAP has been around for so long, the protocol is now used in numerous systems, from phone systems and multifunction printers to production lines and Wi-Fi infrastructure. Virtual appliances also need to access Active Directory data. The reality is that nearly all IT infrastructure components will be affected by the update in March.

What can you do?

The worst thing to do is ignore the security update that will be released on 20 March—it's safe to assume the vulnerabilities addressed in the update will catch the attention of unsavoury characters. What you do need to do is switch to signed LDAP connections, which isn’t difficult in and of itself. But do you know which of your systems use LDAP?

Instead of pulling out a crystal ball, let Bechtle perform a dual assessment for you, which will identify systems exchanging unsigned LDAP requests.

Please note that both assessments are able to detect only those systems which actively communicate during the assessment period. We therefore recommend beginning assessments as soon as possible.

Tobias Schrödel is an expert on IT security. Born in Munich, he has written numerous books, including "It's a nerd's world" and "I think it's hacking! Since 2011, he has been explaining security gaps and the pitfalls of the internet to viewers in understandable terms on "stern TV". In an interview with us, he spoke about the ever-increasing importance of IT security, the greatest challenges for companies in protecting their data, processes and employees, and the origins of the threats.

Identity and Access Management for more IT security is reliable, secure and efficient

Is your IT far too busy with routine manual tasks? Do you want to know who has access to your company data at all times—and why? Are you worried about your next security audit? Are you frustrated about a lack of data quality? If the answer to any of these questions is yes, please keep on reading.

Data protection affects us all - privately and professionally. What data do we want to share? How, where and by whom is it processed? These are questions that concern everyone. Companies must ensure that they protect our data. I explain in the following blog what role legal requirements play in this and how companies should organise themselves when dealing with data protection and information security.

Prof. Ulrich Kelber is the Federal Commissioner for Data Protection and Freedom of Information. In this interview, the computer scientist and biologist talks about the necessary digitalisation push due to the pandemic, challenges for companies and governments, international data transfer and Pixi books on data protection. His credo: data protection is not an obstacle, but an integral part of digitalisation.

Security | Prepare your company for cybercrime

WithSecure Elements | The platform for all your security needs

Want to manage all your security needs from a single console? WithSecure Elements gives you the simple, flexible and clear solutions. Find out more at Bechtle now!

Trust is good, control is better—this is how to protect your cloud data with Sophos, Mimecast, and tenfold. Let Bechtle advise you now!

When the work of the 200 employees was to be moved more to the cloud, Bechtle secured the endpoints and mail traffic with a security solution from Trend Micro, enabling them to work remotely without any inconveniences.

Palo Alto Prisma Access | The most comprehensive SASE solution on the market | Consistent access and security | Find out more!

Need all-round protection for your data, devices and systems? DriveLock has the perfect solutions for the newest technologies. Find out more...