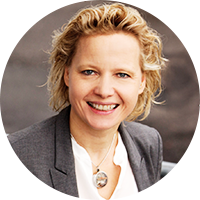 Sounds like a simple enough task, right? But can you think of a sentence? Right now? If you can’t, I encourage you to put your mind to it some time. The result may just surprise you.

The seminar was aimed at both seasoned and aspiring leaders. This was 16 years ago, and little did I know that this sentence would stick with me throughout my budding career, and how much it would shape my leader persona.

I sat down in my hotel room that evening, determined to get it right, and thought about what leadership really means to me. I’d attended quite a few seminars, I’d read books, and I had a keen interest in modern methods and approaches. Leading people was my cup of tea.

So I began by jotting down some key thoughts on my notepad. Here are some of them:

I could think of a lot of things that all seemed equally important, and I got a taste of just how difficult it is to prioritise and keep your focus. How were you supposed to cram the complexities of leadership all into one sentence? I went on like this for a good while until, eventually, I concluded that I was looking at a dead end. Then, bit by bit, it dawned on me why: I was so hellbent on the job, the tasks, the responsibilities—the doing it—I’d completely lost sight of why it’s done in the first place.

Once I’d managed to shift my focus to the meaning, the philosophy of leadership, putting my own creed into words was pretty straightforward. So I wrote my sentence down and, pleased with myself, went to bed. I was actually looking forward to the next morning. I had a hunch that my own interpretation of leadership does not necessarily map to the common image of leaders as being strong, dominant and powerful.

The next morning, when it was my turn to present my sentence, I said: “To me, leadership means helping the people I’m entrusted with succeed.” Not unexpectedly, some of the other participants were quite perplexed at what they just heard. And even more so when I went on to explain that, as a leader, I have not really succeeded until I’ve managed to become superfluous in day-to-day operations.

I’m pretty sure that some of my colleagues in the room decided to smile this away because “she’s a woman” (I was indeed the only one there), and didn’t really take me seriously. The trainer, too, was smiling. But his smile was genuine, there was no irony in it.

As the years passed, I’ve always stayed true to my philosophy, and successfully, too. What’s the point of leaders strutting around with puffed up feathers if they block out their team and won’t let it shine? This approach may deliver results in the short run, and I’ve met my share of executives who like to boost their egos rather than channel their efforts for the benefit of the company, let alone their employees.

In my book, leadership still is in essence a service to empower others. Make your employees, your team, your company shine. This way, you shine even brighter than you ever could alone.

Of course, even if you do embrace this philosophy, you still have to …

But whether or not you’re genuine and credible in doing so hinges on your own attitude towards leadership. And being genuine makes all the difference. It’s the ingredient that spurs employees to excel at what they do and stay true to your direction.

I am 37 years old and, as team leader within the Bechtle Group, I am responsible for the manufacturer Apple. In my opinion, ultimate passion and enthusiasm are the foundation for a successful business. The mission of my team is to show our customers the best solutions that will inspire them. We believe that people who use the best tools can do fantastic work.

Everything but ordinary – behind the scenes in professional sports
29.06.2021

Presentations - my tips and experiences.

With the start of the new theory part at the DHWB Heilbronn, it was clear to me that the semester would be similar to the previous one: At the end of the theory phase, there are 8-10 exams within 2 weeks. This time everything was different ...

Anything but ordinary: Artistic roller skaters and Bechtle suppliers under the microscope
22.07.2021

Whenever I was asked what I was going to do once I’d finished studying, there was one thing that I was missing—meaningful examples. That’s why I’ve got together with two other former trainees to give you everything I never had. Here are just two examples of what you can achieve in a short time as a Bechtle Public Sector trainee.

Alexander Schweitzer: Grown together with Bechtle

Alexander Schweitzer describes himself as a straightforward guy, and his career at Bechtle is a case in point. Ten years ago, his first day at Bechtle also happened to mark his first venture into IT. Fast-forward a decade, in 2021 he’s one of two managing directors of Bechtle direct. When you look closely, though, his trajectory didn’t always follow such a straight line. In fact, when he first joined Bechtle, it took a surprising turn.

Vocational trainee position, dual-study programme, in-house and external training courses—there are so many ways to discover something new and grow, both personally and professionally. For Marie Wiethase, Account Manager, Bechtle Hanover, combining the job with training opportunities is typical. She has had several irons in the fire since 2017—and isn’t planning on cutting back any time soon.

Harald Lorch–More than half a lifetime at Bechtle

“Back in 1988, when the first vision was published, I, like many others, was sceptical”, admits Harald Lorch who has been here from the start. He recently celebrated his 35th anniversary ...

5 questions for Fabian Gerhart, Systems Engineer in Networks and Security

Bechtle’s IT system house in Kiel lies in the north of Germany, and it’s where Fabian Gerhart did his vocational training and graduated as an IT specialist—finishing as the best in his year. Sounds pretty straight forward, doesn’t it? It wasn’t. He tells us his story in this interview.

Bechtle's employees are the most important player in our Vision. The company is a place where great people accomplish great things. These are some of their stories.

Patrick Laux had had a very interesting and varied career before making the switch to Bechtle. He is now a team leader in international sales at Bechtle direct.

Dr. Thomas Olemotz, Michael Guschlbauer and Jürgen Schäfer have decisively shaped the Vision 2030. In an interview, the Bechtle Executive Board members explain the future draft in detail.

I am a trainee in the sales department of the Bechtle IT system house in Bremen. It was clear to me early on that I wanted to go my way in sales. My enthusiasm for IT began at a very early age and was consolidated by my enthusiasm for technical innovations. Currently I am passing through various departments during my traineeship.