In this three part series, my colleagues Michael Stachowski, Florian Vees, and I bring you the most important news about modern work, Azure, and security from Ignite 2021. To conclude this series of blogs, today, we’ll be looking at the Microsoft Azure platform. 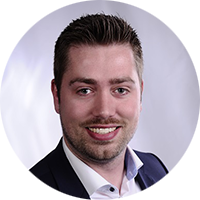 And in case you missed the first two parts, here they are:

I find the the sheer amount of updates and new features over the last few years on the Azure platform very impressive. It shows that Microsoft is strongly focussing on development. But many other demands of the market are also being catered for and slowly implemented. This is good for Microsoft, of course, but most of all for the customers through the ever-growing range of Microsoft services and integration of other vendors. Moreover, the usability is also growing through more flexible services that every customer can adjust and put together however they need.

In this blog, I’ll share with you my personal highlights of the second Ignite 2021 and give you my take on it.

One of these highlights is the new 21H2 update for Azure Stack HCI, offering many interesting updates. I have to admit that I was sceptical of Azure Stack HCI at first—mostly regarding its potential to compete with the other established solutions on the market. With the last update though, I see that it’s a game-changer that offers many benefits for Azure Stack HCI solutions and therefore the users.

One major advantage is that Microsoft is making more and more native Azure services work on Azure Stack HCI. This means that you can now run containers with AKS (Azure Kubernetes Services) and various PaaS services such as SQL instances and web applications on a Stack HCI. Microsoft has gone a step further here than simply being able to operate simple Windows and Linux machines.

Update 21H2 also provides another service as Azure Virtual Desktop (AVD) can now also be run by an Azure Stack HCI cluster. This offers users exiting new options such as viewing latency sensitive applications for end users on a desktop.

An additional new feature in the 21H2 update is called “Azure Benefits for Windows Server” and enables Azure capable Windows Server 2022 versions to run on Azure Stack HCI. This allows features such as hot-patching to be used for security updates without restarting. You read that correctly—without restarting!

If you have an older version of Windows Server or SQL though, and are not ready or able to upgrade, you can also switch to Azure Stack HCI and receive free additional security updates—and still on the Azure cloud platform. A successful feature to make it far easier for users to switch over to the new cloud world. Many companies today are still using Server 2008 and Server 2012 that require urgent protecting.

There is also the new option of directly paying for Windows Server guest systems’ licence costs via the linked Azure subscription. I see this as an elegant solution for licensing versions of Windows Server that have not yet been purchased.

Microsoft laid the foundation stone for hybrid and multi-cloud environments some time ago with Azure Arc. It allows customers to use the benefits of the comprehensive security and management features of Azure for their Windows, Linux, SQL Server and Kubernetes deployments in their on-premise data centres and with other cloud platform providers. It forms a kind of bridge between Azure and other worlds in that it allows you to use the benefits without having an Azure environment. These types of environments can be both local data centres as well as other cloud platforms such as Amazon Web Services (AWS).

Expansions in this area for Azure Arc were announced at Ignite, with the most exciting being the enhanced integration of Azure Arc in VMWare vSphere, Making it possible to manage virtual machines based on VMware directly in the Azure portal. In a first step, administrators will be able to create, configure and delete virtual machines based on vSphere templates—a much longed-for feature which is now being implemented.

The previously mentioned Azure Stack HCI solutions will also be automatically activated in Azure Arc in the future, and so it will also be manageable directly from Azure. This is as much about controlling the cluster hosts themselves as well as the virtual machines on the cluster.

Find out more on this here.

With the Defender for Cloud (previously Azure Security Center and Azure Defender), Microsoft is not only changing another name, but is making a clear commitment to integration in the entire Defender family. Of even greater interest, however, is the native support of multi-cloud environments—in this case, the integration of AWS services. Defender for Cloud analyses AWS configurations and compares them to security best practices, displaying them in the Secure Score. Elastic Kubernetes Service (EKS) can also now be integrated—another step towards Microsoft Azure becoming the central hub for multi-cloud environments in the future.

In terms of Azure, Microsoft is very much focussed on the development of technologies and functionalities that make it easier for customers to get the most out of it. This is very clear when you look at the innovations related to hybrid and multi-cloud environments. The ongoing pandemic and related accelerated digitalisation play not insignificant roles here, either. Many businesses have to act and expect cloud services that work—something that Microsoft can provide with its portfolio that covers the fields of modern work, security and the (multi-cloud) data centre. In addition, customers won’t just be using the one cloud platform in the future, which is why it’s important to have functionality that allows for the management and back up of multi-cloud environments.

If we’ve got you interested, you can see an overview of all updates from the latest Ignite 2021 here.

Published on Jan 7, 2022.
18 Jan
Microsoft Viva – For your employees.
The past two years have taken a lot out of us. The new normal has now become our routine way of living. Meeting colleagues? Mostly only online through chat and video calls. Even hiring and goal-setting interviews between employees and managers take place remotely. How can we address these challenges?
Read
14 Dec
Bechtle has seven Microsoft Advanced Specializations – What’s behind this?
Bechtle currently holds a total of seven Microsoft Advanced Specializations, making it one of a small group of particularly distinguished solution providers in the Microsoft environment.
Read
09 Dec
Microsoft Ignite 2021 – Part II: Into the Metaverse with Microsoft Mesh and Teams.
Back in March and well before Facebook (now Meta), Microsoft announced its new mixed reality platform, Mesh. The idea behind it is simple. Using holograms and their own VR and AR avatars, users have the opportunity to work in the same room without actually having to be in the same place. Welcome to the metaverse.
Read
23 Nov
Microsoft Ignite 2021 – Part I: Security.
At the beginning of November, it was that time again: Microsoft Ignite. In case you aren’t familiar with the format, Ignite is an annual technology convention where the vendor present new products and existing products’ new features. This year, Microsoft presented more than 90 new services and updates including for its Azure cloud platform, enterprise software Dynamics 365, collaboration solution Microsoft Teams, and productivity suite Microsoft 365.
Read
More posts
Microsoft Windows Server 2019 | Prepare for migration

Azure Stack with Bechtle and Microsoft

Leverage the Microsoft public cloud in your data centre. Learn how in our expert workshops.

For complex e-mail admin, cloud technology is the only way to go for Trianel

Trianel processes some 25,000 e-mails relating to electricity and gas trading as well as other business correspondence a day. Trianel chose a cloud solution with Bechtle to ensure that it would have 24/7 access to a secure IT network with few administrative tasks and low costs.

Fujitsu PRIMEFLEX for Storage Spaces Direct: Intelligent provisioning of IT resources from the hybrid data centre. More in our expert workshop!

To ensure sustained high availability and performance of e-mail communications, production processes and the hospital information system (HIS), Bechtle successfully migrated the existing Microsoft Exchange Server 2010 to 2016 in an on-premise environment.

Extend the cloud into your data centre! Bechtle helps you transition to a private cloud with Azure Stack and Lenovo. Find out here why Lenovo is your perfect partner for Azure Integrated Systems.

Heller is ready for the future: With Windows as a Service and support by Bechtle

Together with Bechtle, Heller-IT developed a concept for cloud transformation. On the way to the Microsoft cloud, previous concepts were expanded and Bechtle offers a complete range of managed services with "Windows as a Service".

FNT takes its business into the cloud.

Windows 365 – A new, modern OS via Desktop as a Service

Extend the cloud into your data centre! Bechtle helps you transition to a private cloud with Azure Stack and Dell EMC. Find out here why Dell EMC is your perfect partner for Azure Integrated Systems.

Industrial IoT – The digitalisation of machines and factories

While the Internet of Things (IoT) has been making our personal lives easier for quite some time, Industrial IoT (IIoT) is still in its infancy. All the same, the train is rolling and there’s no stopping digitalisation. Read on to find out how you can harvest data from industrial applications with Bechtle and CloudRail.

Ledvance: Fast migration of central file services to the cloud with Microsoft Azure.

LEDVANCE has become one of the world’s leading providers of general lighting. The company’s core business centres around LED luminaires, intelligent and networked smart home solutions as well as traditional light sources.

Extend the cloud into your data centre! Bechtle helps you transition to a private cloud with Azure Stack and Dell EMC. Find out here why Dell EMC is your perfect partner for Azure Integrated Systems.

Microsoft Azure – The open and flexible public cloud platform with cloud services that can be tailored to your needs.

Dell and NVIDIA® | Server solutions for your business

Koch-Chemie upgrades its IT landscape

Koch-Chemie needed to establish high-performance business IT and ensure that all its staff and business processes were connected from beginning to end. To do so, the company consistently relies on Microsoft Office and Microsoft Dynamics.

Zollern GmbH & Co. KG – Play it safe when it comes to data backups thanks to AWS

The ZOLLERN Group is just as innovative when it comes to IT, leveraging Microsoft Office 365 to facilitate collaboration across eleven sites. However, the company was looking to move its data off-premise into a cloud other than Microsoft’s. To this end, Bechtle linked up Microsoft O365 with Amazon Web Services (AWS) via Veaam, slashing costs by 75 per cent in the process.