Lift-off for professional IT service management.

Half the world has no access to the internet and existing connections are increasingly slow and insecure. As the need for more connectivity grows daily with more devices demanding more data and it is proving too expensive and too impractical to extend current infrastructure or build new networks on the ground. As a result a group of pioneers has decided to look to the skies and space for a solution and build powerful networks there. With its laser communication products, Mynaric is offering a key technology for this endeavour. To support the lift-off of corporate development at the IT end, Mynaric is teaming up with Bechtle to implement the cloud-based IT service management platform, ServiceNow. 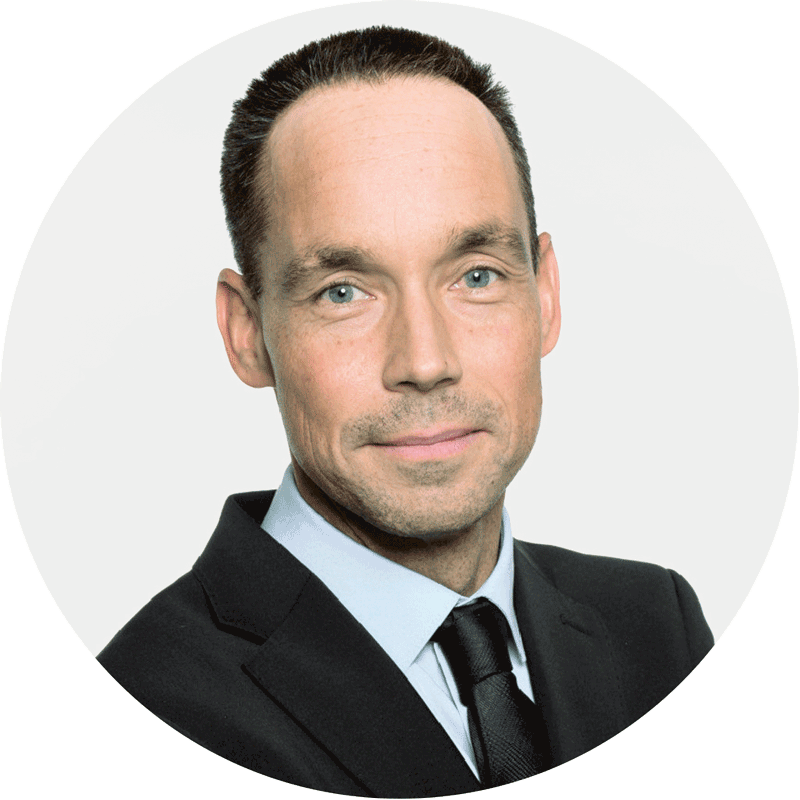 The complexity of an IT environment no longer depends on the size of a company or its number of employees. In our daily business we are faced with similar problems to those that larger companies face.

Andreas Puest, Head of IT, Mynaric

The company, founded in 2009 by ex-researchers of the German Aerospace Centre, has the goal of creating ‘optical fibre for the sky’ with the serial production of terminals for use in the air and in space. Mynaric’s terminals are produced and designed in-house and attached to planes, unmanned aerial vehicles (UAVs), high altitude platforms (HAPs) and satellites to provide secure wireless communication with high precision across vast distances via a laser. Scenarios such as large satellite constellations will provide the connectivity required for applications in Earth observation, secure communication and telecommunication, but also in sending highspeed internet to the most remote and inaccessible parts of the planet.

As a result of the current go-to-market phase, Mynaric is showing dynamic growth, which is proven by their tripling of employees since 2014—75 new engineers, software developers, test and production experts in the current year alone. On the same note, Mynaric is increasing its development and production capacities at its locations in Gilching in Bavaria and Los Angeles as preparation for serial production. “We’re currently going through the transition from being a start-up prototype developer to a manufacturer”, says Andreas Puest, Head of IT at Mynaric. “This increases the requirements our IT landscape has to meet in terms of process security and sustainability.” 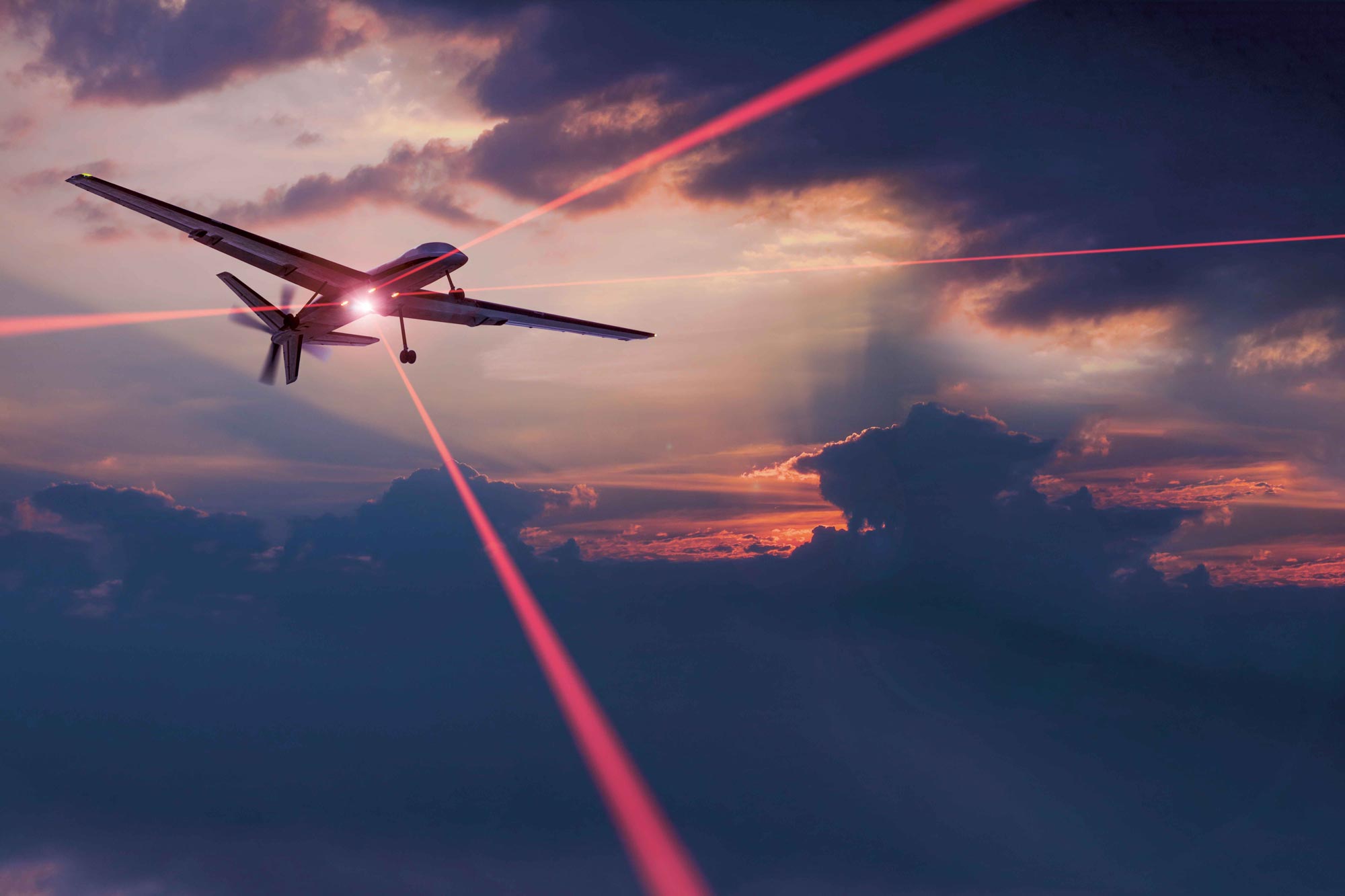 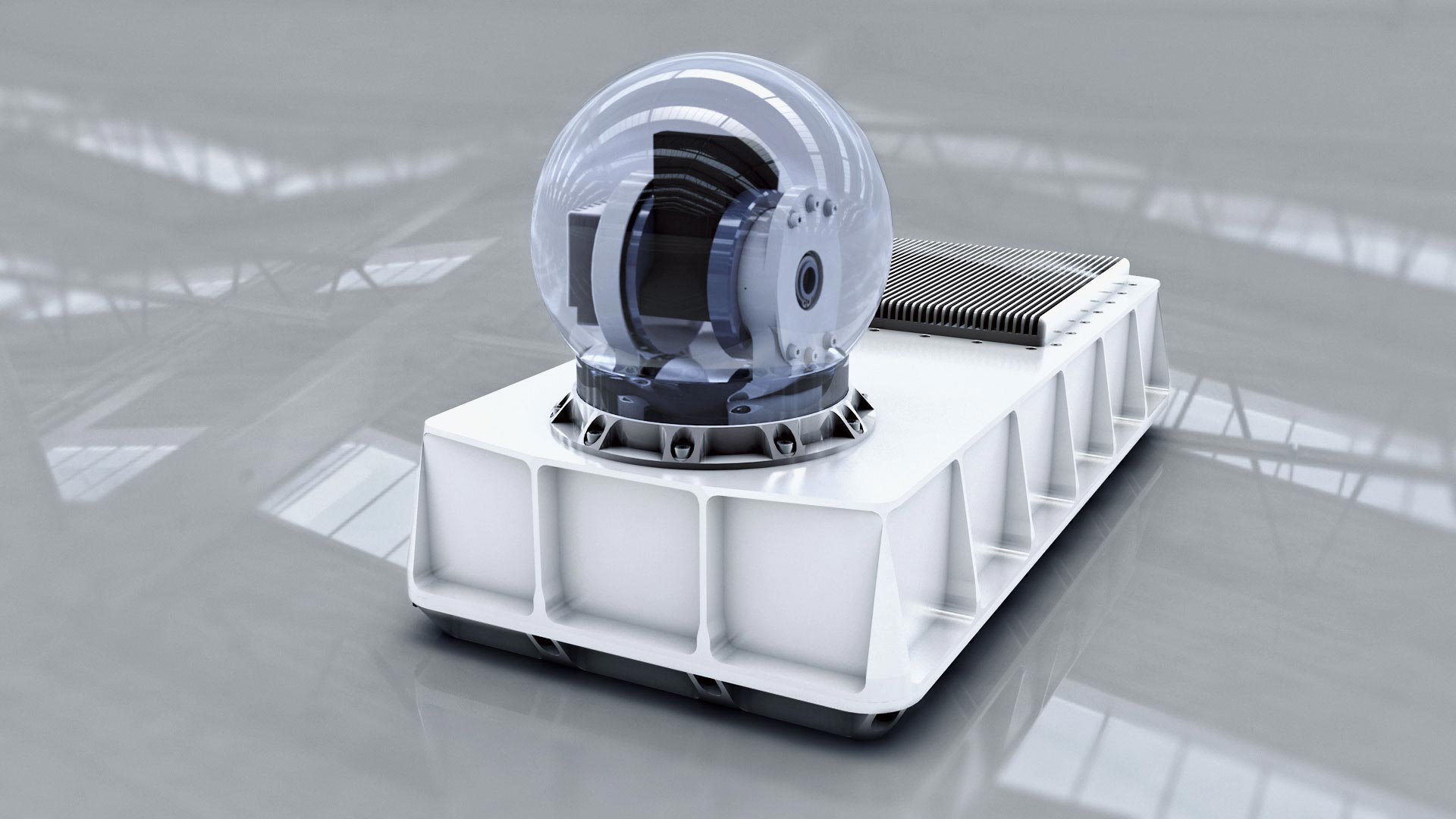 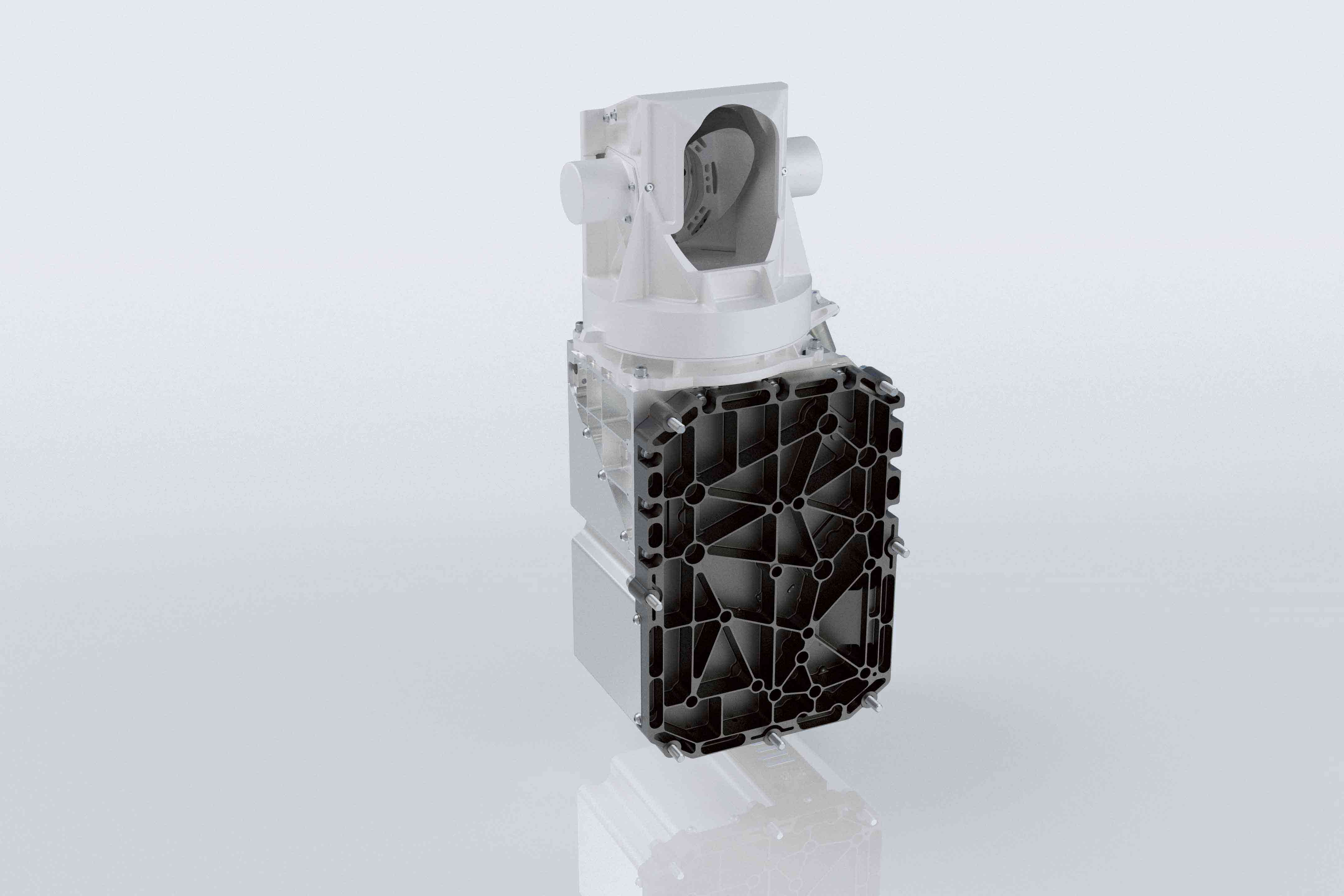 What does ITSM stand for?

IT service management (ITSM) entails the planning, provision and support of IT services for a variety of people, processes and technologies. By bundling guidelines and processes for managing and supporting IT services for the duration of their life cycle, ITSM helps to improve efficiency and boost employee productivity in a company.

As early as July 2019, Mynaric’s digital strategist recognised IT service management (ITSM) as an important lever for enhancing IT service quality across all departments. Until then, most services provided by the IT department showed little to no automation and documentation for their IT landscape was lacking transparency. Through working with Bechtle on hardware and infrastructure projects, Andreas Puest became aware of an interesting possibility for using his favoured ITSM platform by ServiceNow that is made to meet a wealth of enterprise-specific challenges. “The complexity of an IT environment no longer depends on the size of a company or its number of employees. In our daily business we are faced with similarly complex problems to those that larger companies face”, Andreas Puest explains.

Bechtle is providing the perfect approach for Mynaric with its new ServiceNow Competence Centre. Bechtle Onsite Services and collaboration specialist HanseVision have bundled their expertise on the cloud-based ServiceNow platform in a model customised specifically for SMEs. “We offer the customer a turnkey solution from a single source” says Aniello Cipriani, Lead Solution Manager, Bechtle Onsite Services. “Our multi-service provider model offers the ServiceNow platform as a fully-managed service at a monthly price.” Support for this cloud-based service is offered by Bechtle. “Mynaric’s IT department can now fully focus on using the functions available on the platform and intelligently connecting it to other systems. In future, service management will be available to users via the Now Mobile app, and experienced in a new and intuitive way”, says Frank Hanemann, Head of Enterprise Solution at HanseVision, a subsidiary of the Bechtle Group.

We have new challenges to face almost every day, especially in the engineering departments, and these can be quite demanding. It takes very clearly defined structures and transparency to handle these. It’s important for us as Mynaric’s digital enabler to be able to scale the growth of the company.

Andreas Puest, Head of IT, Mynaric

From ticket system to business enabler.

Another benefit of collaborating with the Bechtle Group’s specialists is their speed—even in times where working conditions are constantly changing. “We opted for the ServiceNow platform at the beginning of the year because it’s our goal as a high-tech company to move forward by using the best ITSM tools available. We launched it successfully during a two-day virtual workshop with subsequent onboarding that only took weeks instead of months as it usually does” says Andreas Puest. After having transferred the existing incident management system to the ServiceNow platform as a classic service ticket system in the first step, Mynaric now plans to introduce further tools such as problem, change, knowledge and demand management  “By doing so, we hope to significantly improve the seamless documentation of the IT landscape and systematically provide knowledge across all processes.” Professional demand management should also improve the reaction speed of the IT department when supporting business with new IT services. Andreas Puest: “We have new challenges to face almost every day, especially in the engineering departments, and these can be quite demanding. It takes very clearly defined structures and transparency to handle these. It’s important for us as Mynaric’s digital enabler to be able to scale the growth of the company.” ServiceNow’s ITSM platform’s functionalities are perfect for this, meaning that the laser communications expert is ready to fly high. 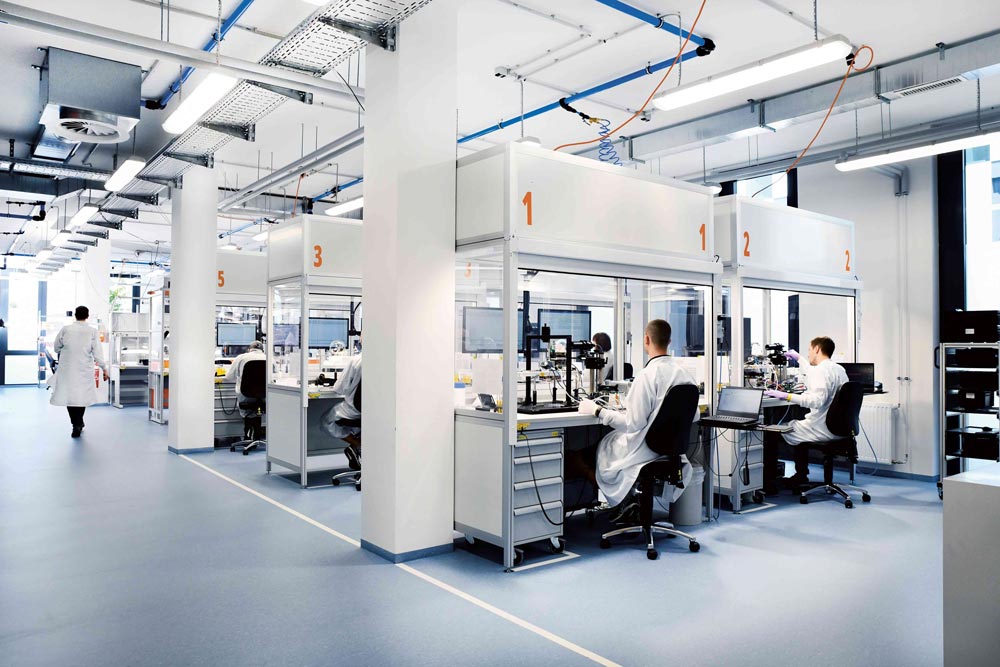 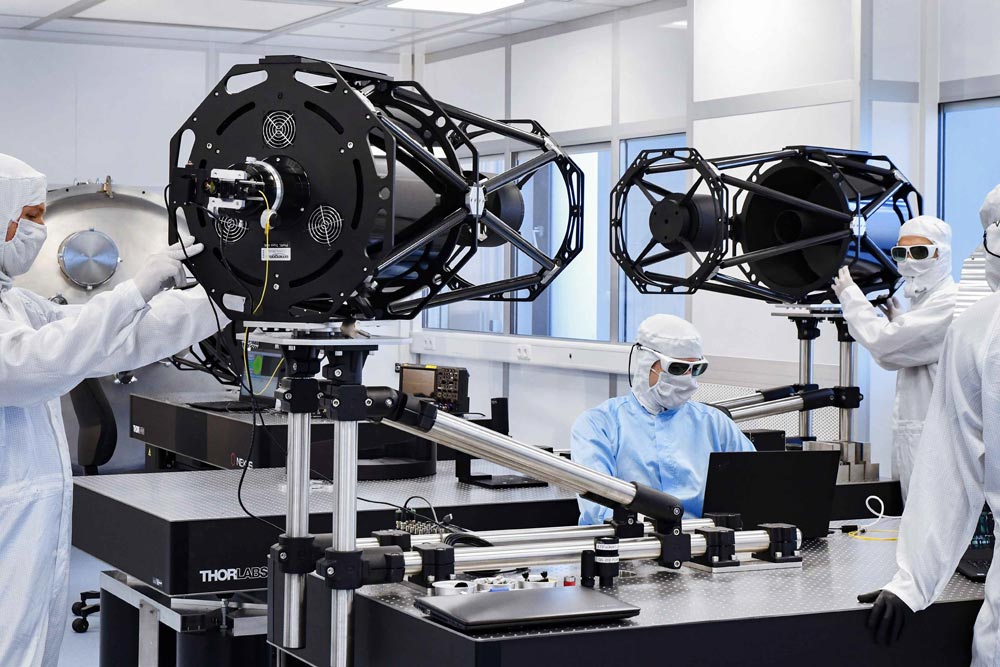 MYNARIC is a manufacturer of laser communication technologies for operating communication and observation applications in the air and in space. Its products for laser data transmission allow extensive sets of data to be transferred wirelessly and securely across long distances between planes, autonomous drones, satellites and the ground. The company’s headquarters are located in Gilching near Munich and their US location in Los Angeles, California. mynaric.com

In future, service management will be available to users via the Now Mobile app, and experienced in a new and intuitive way. 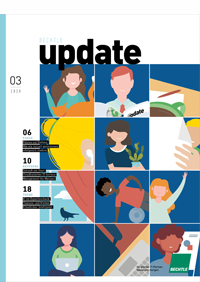 This is an excerpt of an article in the print edition of Bechtle update 03/2020.

IT service management at Volkswagen Handelsgruppe
IT Insights

IT as a gamechanger for public administration

As Chief Information Officer (CIO) and authorised representative of Saarland for innovation and strategy, Ammar Alkassar is calling for new ways of thinking, powerful platforms and a fresh form of cooperation between business and the public sector.

From the four-legged inspection robot to the future-proof network infrastructure at Toyota – the Bechtle update editorial team proudly presents: Eight highlights of the last twelve months.

Digitalisation in German SMEs – Are we really stuck behind the rest?

The figures speak for themselves. Whether it’s the number of patents, the use of modern IT technology or the degree of digitalisation in companies—Germany, its SMEs in particular—is stuck in the middle field. People are saying that German SMEs are running out of gas, and their lack of progress is endangering other branches of industry, for example production. But let’s be honest – Is this really the truth?

The magazine for IT managers and everyone else. Bechtle update reports on exciting industry topics, customer references and exceptional people. Read now.

What does an e-government consultant actually do?

They bring the future to public administration: Tassilo Lorbiecki, 33 years old, E-Government Consultant in the Bechtle IT system house Regensburg/Munich. In this interview, Tassilo reveals what his daily work in the public sector is like, what skills he needs for his job, and what excites him about Bechtle.

Find out more about our projects and our customers' success stories.

Describing the digital office from the cloud in a user-oriented way, while presenting best practice examples is no mean feat. But for a powerful team of authors such as those at the largest German digital association, Bitkom, who recently published a guide it’s almost a breeze. The result is a beautifully illustrated overview of an important aspect of modern work that’s well-worth a read.

Bechtle Saarbrücken was founded in 2015. The sales and consulting team serve numerous public-sector and business customers.

After four years of learning about virtual and augmented reality (VR/AR) technologies from a scientific perspective as part of my doctorate, one thing was clear to me: now I want to promote the use of AR/VR in practice. At the Bechtle IT System House in Karlsruhe, my focus in the Modern Workplace division is therefore on these two technologies. In joint discussions, I help companies to use the technologies efficiently and profitably so that they offer added value for their processes and employees.

Bechtle presented Marabu with the Microsoft HoloLens 2, in which the real environment merges with a virtual one. The Marabu specialists now manage global customers and partners from Germany, offering a fast service that saves the company considerable costs.

Innovative workplaces for demanding employees. Your new workplace is already waiting for you: modern, high-quality, functional.

Public sector digitalisation is one of the most pressing tasks of our age. It requires policies, administration, and finance in equal measures as organisations and companies have to rethink how they handle public services. A deep-reaching change that affects all areas of life. In order to create real benefits for citizens, holistic projects to shape advanced habitats are gathering speed.

Staying agile at the workplace is nothing new in successful companies. But recent times have seen an unprecedented degree of agility, reactions and mental flexibility demanded from employees. Digitalisation has hit the turbo button. And change is coming fast. We have learnt that unexpected surprises can always be waiting around the corner, and that we have to prepare for them. That aside, agility can really give your workforce a competitive edge. Working out feels good. But which exercises are good for you, yet don’t make you look unprofessional?

Miles Wittenbrock started out at Bechtle Bielefeld 11 years ago as an intern—and laid the foundation stone of his career. Intern, traineeship, permanent position, expert status and now leader. Miles’ career could not have gone more smoothly. Today, the 31-year old is responsible for a seven-strong team in the Modern Workplace department. From day one a team player, he knows that honest and transparent relationships with colleagues is the way to success.

Michael Guschlbauer: "Making all the difference."

Michael Guschlbauer on the meaning of customer focus in the digital age, “connected dispersion” as a USP, and the new customer journey.

Sustainable resources: Tackling the crisis with used IT

Back in March 2020, as the COVID-19 lockdown was announced, many administrations and businesses were suddenly faced with the challenge of equipping their employees for working from home. Within a short time, the market had been stripped of IT equipment and many people learned to appreciate the value of used hardware. From a sustainability point of view, the spotlight has been increasingly turned on remarketing products, a topic we recently discussed with Alexander Thiele, Managing Director of Bechtle Remarketing GmbH in Wesel.