Learning from the best: Paula Januszkiewicz at the Münster training centre.

She’s among the who’s who of the IT security scene. Paula Januszkiewicz is a renowned Microsoft security expert and trainer. As one of Microsoft’s Most Valuable Professionals, she is also frequently invited to speak at large conferences. In early April, the Münster training centre hosted Ms Januszkiewicz’s second Hacking and Securing Windows Infrastructure masterclass. We spoke with one of the participants about his experience.

“It’s my job to rethink and challenge the things we already know,” says Ralph Skywa, an IT consultant at Bechtle Nuremberg, quoting Ms Januszkiewicz. The statement also sums up the most important lesson he’s learned at the event—and it’s especially true in the field of IT security.

During the training, Ms Januszkiewicz demonstrated that, when securing a server against attacks, “deny” doesn’t always mean “deny”. “Like with Unix-based systems, the order of the rules makes a difference,” explains Mr Skywa. “That came as a surprise to several of us because we had previously been taught something else.” It’s not just her depth of knowledge that makes Ms Januszkiewicz stand out from the crowd. She also demonstrates how to put it to use so that each participant can apply it after the training is over.

“Security is an increasingly important topic for customers,” says Mr Skywa. Still, in his day-to-day business he often witnesses people taking a rather relaxed approach to it. More often than not, they’re trying to lock the stable door after the horse has already bolted. This is where Mr Skywa sees the most potential: “The masterclass gave us a wealth of essential information to help us better advise our customers and raise awareness about security issues.” He gives an example, stating,

“Especially mid-size companies still consider their basement server —usually it’s hardly ever administrated—as more secure than, say, storing data in the cloud. But if you look at the server’s setup, it’s easy to identify vulnerabilities and issues.”

Mr Skywa has helped many customers over the course of his career as an IT consultant. “Their servers are just sitting in a corner somewhere, with no protection from dust or other environmental hazards,” he laments. “And forget about finding a proper, let alone strategically planned, backup system. They don’t have professional firewalls or other security mechanisms either. It’s like an open invitation for attacks.”

Four days of in-depth instruction on hacking and securing.

The content and timeline of the masterclass was split into two parts. In order to understand how hackers attack Windows systems, training participants spent the first two days learning a wide range of attack scenarios. A specific training lab was even built for this purpose, allowing scenarios to be recreated while the presentation was will going on.

The last two days then revolved around how to protect systems from attacks. Mr Skywa explains, “We received a lot of information and tips in those four days. There are several settings that we’ll be configuring differently from now on when securing servers and end devices—simply because we now have a better understanding of how they work.” With respect to the challenges he faces every day, he adds, “Strategically planned backups and IT security are like insurance. You hope you’ll never need them, but if worst comes to worst, at least the damage is limited.”

Mr Skywa was very satisfied with the training itself, the trainer and her team, as well as the services provided on site. “Paula is extremely likeable, experienced and knowledgeable. She has so much to share! Even though I had already looked into security-related topics before the training, I didn’t realize just how detailed this course would be until the first day. My expectations were far surpassed, especially since I had been worried initially whether my English would be good enough for the subject matter at hand. Paula speaks English very clearly and takes her time explaining.”

Mr Skywa was also thrilled by the technology, saying, “The training lab worked without a hitch the entire week.” This training lab, implemented by Ms Januszkiewicz’s company, CQURE, is a virtual test environment in which training participants can practice what they’ve learned by carrying out attacks and implementing security measures at will. “I would recommend this masterclass to anyone who works with Microsoft, whether it’s Active Directory, Exchange, SQL Server or IT security in general. There’s something for everyone!” Mr Skywa was equally impressed with the Münster training centre, explaining, “When I last visited two years ago, it was still in the old building. The relocation alone has made a huge difference. The sunlit rooms, top-shelf technical equipment and services provided during the event—all of it was outstanding. Silke Dall’s team is excellent at what they do.”

Paula Januszkiewicz is a globally renowned security expert and Microsoft security trainer. In addition to being named a Microsoft Most Valuable Professional (MVP), she is a popular speaker and has been voted No. 1 Conference Speaker multiple times at large conferences such as Microsoft Ignite. As co-founder of CQURE, a security consultancy, she advises clients around the world while also conducting training events to raise awareness about security and teach IT experts the intricacies of Windows administration.

Ralph Skywa is an IT consultant specialising in Microsoft infrastructure. He began working for Bechtle Darmstadt in November 2016 before switching to Bechtle Nuremberg in March 2019. 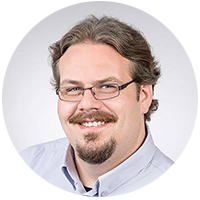 This page is not currently available in the selected language.
Read
31 Jan

Citrix Summit 2020 - workplace of the future.

This page is not currently available in the selected language.
Read
30 Jan

This page is not currently available in the selected language.
Read
20 Jan

As reported in the Bechtle blog and in the current daily media, the NetScaler appliances from Citrix are currently affected by a critical security vulnerability. Together with Citrix, we are now offering a hotline (+49 89 327 297 199), where Citrix ADC specialists from a task force will provide the necessary support. Also, Citrix released firmware builds that fix the gap in certain versions. Contact us, we will be happy to support you.
Read
17 Jan

Phishing, spoofing and CxO fraud are just some of the many ways in which criminals attack corporate e-mail correspondence.
Read
14 Jan

In December, a dangerous security vulnerability was discovered in Cisco NetScaler series devices that has proved very easy to exploit. As of yet, there is no update available meaning users urgently need to change their configuration.
Read
13 Jan

Palo Alto Networks is a leading provider of cyber security solutions and is well-known for consistently challenging current security standards such as with the new Palo Alto Networks Security Operating Platform that makes sure companies are equipped for the future with innovative security, automation and analytics features.
Read
08 Jan

Safe on the road with MobileIron Threat Defense

Mobile platforms are wildly popular, making them a prime target for hackers and data thieves who live for security breaches, man-in-the-middle attacks and compromised applications. Our webinar with MobileIron will show you how to quickly identify threats on mobile devices, allowing you to take swift action.
Read
23 Dec

Emotet - How to protect yourself from this dangerous malware.

For months, the German Federal Office for Information Security (BSI) noticed an increase in targeted Emotet attacks on German companies and public authorities and explicitly warned against these. The BSI considers Emotet as one of the biggest cyber threats. But how can you defend yourself against this dangerous malware? Learn more in this blog.
Read
20 Dec

Encryption is one of the oldest forms of protection against attacks and spying. But in today’s internet age, this technology is not as widely used as it could be by companies. As a matter of fact, only 28 per cent of small and mid-sized companies encrypt their e-mail communications.
Read
17 Dec

DSGVO: How to get GDPR compliance right.

“When you protect data, you’re protecting people’s basic rights,” explained Ulrich Kelber, the German Federal Commissioner for Data Protection and Freedom of Information, in a press release from early December. The press release continued on to state that telecommunications provider 1&1 had not implemented sufficient technical and organisational measures to prevent unauthorised individuals from obtaining customer data when calling the customer service hotline. In other words, 1&1 had failed to comply with the GDPR and was fined nearly 10 million euros as a result. This should serve as a serious wake-up call for those who haven’t taken the GDPR as seriously as they should be. Keep reading to learn how you can take ownership of data and information protection in your company.
Read
10 Dec

Time: Your most valuable asset against cyber-crime.

Even more to explore – HPE Discover More in Munich.

What’s better than HPE Discover? HPE Discover More, of course! A big announcement, two packed days and a lot of information—we’ve summarised the most important facts for you.
Read
05 Dec

“We must practice getting used to change.” Bechtle Microsoft World 2019 takes visitors on a journey to the future.

When Germany’s largest IT service provider teams up with the world’s best known software publisher to host an event exploring modern solutions to the challenges of digitalisation, visitors expect outstanding speakers, first-rate presentations and a number of interesting new features and solutions for the modern workplace. More than 600 people attended Bechtle Microsoft World 2019, which was held in late November at the Messe Offenburg-Ortenau conference centre in Germany.
Read
More posts