Time: Your most valuable asset against cyber-crime.

IT is in a constant state of change, tackling new challenges—and facing new threats—on a daily basis. As the quote by John Chambers suggests, there is no such thing as 100% effective protection against hackers or script kiddies. Pitting good against evil, cyber security experts and hackers will always be in a race to outwit each other. And that race is more of a sprint than a marathon.

For companies, two factors are essential, namely how quickly an attack is detected and how it is handled. It’s important to remember that a speedy response is of the essence when containing the spread of malware and keeping the resulting damage in check.

IoT devices as points of attack.

The introduction of IoT devices has forced network administrators to rethink and re-segment their networks, keeping visibility in mind. This Cisco video shows an example of how attacks against IoT devices such as temperature sensors or measuring devices are now a commonplace occurrence.

Another element is employee awareness. The emergence of new methods such as social engineering hacking has made it necessary for employees to be trained on how to protect themselves and their employers.

Cisco has recognised this trend and is taking the offensive both through its cyber security unit TALOS, which openly shares information on blogs and other channels, and by creating greater visibility within companies. No matter the market or type of security need, Cisco offers a solution: Cisco Next Generation Firewalls, Cisco Stealthwatch, Cisco Identity Service Engine or Cisco TrustSec.

One of its more recent acquisitions, Sentryo, enables networks to provide even more information to further enhance security. In addition to network visibility using Stealthwatch, Sentryo will also increase visibility for IoT devices.

To provide partners and customers with the latest information about product updates and new strategies, Cisco held its annual Cisco Security University on 26 and 27 November 2019 at the Hilton Frankfurt Airport hotel, located in The Squaire.

This event gives security specialists from Cisco and its partners and customers the opportunity to discuss current trends and share solutions to counter exactly these new threats. The first day began with an introduction by Torsten Harengel, who heads up Cisco Security in Germany. The TALOS group then provided information about current threats, focusing on ransomware and social engineering. TALOS also explained how hackers try to circumvent certain security mechanisms, finding increasingly clever ways to undermine and work around preventative measures such as sandboxing.

Following these introductory sessions, everyone sat down for a lunch catered by the Hilton, with ample opportunity to network and ask follow-up questions to Cisco representatives. After lunch, several concurrent breakout sessions were held to delve deeper into various topics, always with a view to presenting product updates and upcoming features. Cisco strove to cover as many areas as it could, touching on updates to cloud products such as Cisco DUO and Cisco Umbrella, and going over network products such as Cisco Firepower. The day ended with refreshments in the hotel foyer—and additional time to network and talk about what we learned that day.

The second day also began with a short welcome followed by breakout sessions, with networking breaks in between. The third and last day was devoted to hands-on workshops on various topics, held at the Cisco office in Eschborn, near Frankfurt. These workshops looked at a broad range of network scenarios, demonstrating to customers how they could be configured and implemented.

Overall, I was very pleased with my 2019 Cisco Security University experience. It's important to increase awareness about threats, and for manufacturers, partners and customers to share information so they can rise to the challenge of newly emerging threats, responding quickly and efficiently. That's exactly what this event did. In my opinion, it's a valuable opportunity for ensuring that everyone is on the same page when it comes to cyber security. 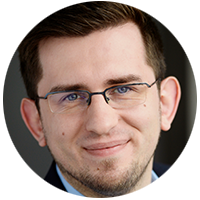 21 Sep
The inextricable link between data protection and IT security – GDPR-compliant and future-proof.
Data protection and information security have always been related, but the introduction of the GDPR means they are now inextricably linked. What aspects need to be considered by companies? What concrete steps should companies now take in order to increase their IT security and data protection levels? You can also find out more in our presentation “The inextricable link between data protection and IT security” at Bechtle CMPTNC DY 2020 on 01 October 2020.
Read
17 Sep
Threat hunting – The 21st century treasure hunt.
In times when malware is spreading rapidly, you don’t have to wait long before you are hacked or have malware in your network. That’s why it’s extremely important to have the right tools and skills to detect threats, identify "Patient Zero" and introduce countermeasures as quickly as possible. Exactly these tools and skills were acquired by 17 Bechtle security engineers during a threat hunting workshop.
Read
16 Sep
Cisco Breach Defense – Can your security architecture keep up?
The fast, automated and intuitive detection and resolution of security breaches is a top priority. Cisco Breach Defense doesn’t only take steps to reduce cyberattacks, but the technology also helps to react more quickly and effectively to successful attacks.
Read
20 Aug
Achilles – Over 400 vulnerabilities in Qualcomm’s Snapdragon chip.
As part of its Achilles investigation, Check Point has uncovered over 400 vulnerabilities in Qualcomm’s Snapdragon DSP chip, affecting around 40% of the mobile phones used globally and making them vulnerable to attack.
Read
19 Aug
Protecting your brand, locking out frauds.
For many companies, the ability to succeed and grow revenues depends on a loyal customer base. When your customers are happy with your product or service, when they can relate to your company, that’s when they return to you rather than turn to the competition. That’s why companies spend a lot of time and money on customer relations. And it’s also why the damage can be devastating when criminals break into corporate accounts and end the bond that took so long to build. So how can you prevent frauds from bruising your reputation in the first place? We’ll show you how you can help your employees protect the integrity of your brand and what steps you should take right now.
Read
More posts

IT-Security – From chore to future-driver

For a comprehensive, strategic view of the topic in enterprises, it is important to broaden the view, and this needs management's involvement.

In American series they call the CSI, in the UK they call in the socos (scene of crime officers). Whatever you call them, crime series just wouldn’t be the same without forensics teams. In IT, they are some of the most-in-demand specialists both in investigative authorities and enterprises.

How will the security market change? How does Microsoft defend itself against hackers? What makes for successful cloud and AI projects?

In many areas of our lives, preventive protection is a matter of course, for example against accidents or illness. So why take unnecessary risks with IT in particular? Cyber Resilience not only includes infrastructures and technologies, but also people and organizations. Boost resilience - proactively instead of reactively.

After training and a brief spell as an IT management assistant, Kirsten Heitmann studied bioinformatics before working for four years as an ethical hacker. At Bechtle, I continued my work as an ethical hacker in the fields of network and security at the Rhein-Main systems integrator. In June 2018, I took on the role of Head of Security Solutions at Bechtle Rhein-Main.

It really isn’t that hard to make the going a lot tougher for them. We’ll show you the way through the forest of dos and don’ts with the basics of safe surfing. Keep it simple.

Your data centre is the beating heart of your company. It’s good to know it’s always safe and sound with extensive security solutions by Bechtle to keep your business going strong.

In many areas of our lives, we take preventative steps to protect ourselves from accidents and illness. Cars are chock full of safety systems and sensors that shield us from injury and even cautious cyclists have a safeguard in the form of a helmet. So why take unnecessary risks when it comes to IT?