The Federal Office for Information Security (BSI) estimates that at least two of the weaknesses are prone to worms. This means that malware is able to spread itself without user interaction. Making weaknesses critical. They can lead to outbreaks such as “WannaCry” and “NotPetya” whereby a large number of systems are compromised.

Successful exploitation of vulnerabilities enables attackers to run arbitrary code with administrator rights on the target system. For this, attackers need to send a specially formatted request to the Remote Desktop Services with RDP.

What systems are affected?

Weaknesses affect the following Windows systems on which Remote Desktop Services are activated:

How can you protect yourself?

It is recommended to install the relevant security updates as soon as possible after their release. Alternatively, users can disable Remote Desktop Services if they are not needed. As a workaround, users can enable the Network Level Authentication (NLA). This previous authentication with a new user account before weaknesses can be exploited. Another workaround is to block TCP port 3389 to the firewall, whereby the system is protected from attacks behind the firewall. This can help protect the system from attacks from the internet; it remains however, vulnerable to attacks within the network. 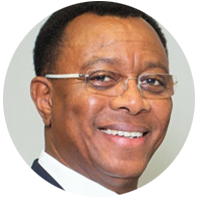 11 Feb
Passwords – The more complex, the better?
In this age of increased remote working, the spotlight is firmly on security and raising awareness of the topic among employees to create a human firewall using, among other things, secure passwords. But are password guidelines really up to scratch?
Read
13 Jan
Sunburst and Supernova in cyberspace – We support you.
The cyberattacks on companies FireEye, SolarWinds and Microsoft at the beginning of December 2020 have led to an overflow of reports on the events. Little by little, the effects are becoming known to the public, while further attacks are almost certainly to be expected. For this reason, we would like to give you an overview of this topic as well as recommend a plan of action.
Read
07 Dec
Network-based video monitoring in healthcare—validated and from a single source.
High occupancy and staff shortages are increasingly causing issues in healthcare, and not only because of the current situation. How can healthcare professionals protect their own health while taking care of patients? And how do they make sure that medication and equipment are safe and secure? And how do you keep patients entertained, safely and in compliance with the EU GDPR? Read on to find out!
Read
07 Dec
The weak link – Increasing employee awareness of malware.
Companies are increasingly being targeted by sophisticated phishing attacks during which users receive legitimate looking e-mails or end up on authentic looking websites and are persuaded to hand over access data or other sensitive information, thus opening the corporate network up to the risk of attack. The result? Encrypted data and a ransom demand.
Read
03 Dec
A shortage of experts – Are managed services the solution?
If you’ve been following the IT labour market for the past years, you will have noticed that Germany is lacking experts in the IT sector. Well-trained and experienced specialists in network and security. and databases and cloud technology are extremely rare. Plenty of CIOs are desperate to find the right IT professionals to strengthen their IT organisation and spearhead their digitalisation projects. But what do you do if there are none? This blog will address this issue while providing ideas and measures to solve it.
Read
24 Nov
Flat networks – A playground for potential hackers.
Traditional network infrastructures were always planned with a focus on connectivity rather than on securing users and the underlying IT. When it comes to security, is such an approach still acceptable today and what do lack of visibility, insufficient control and poor transparency in the corporate network mean? I’ll cover the answers to these question and other technical aspects of a secure network design in this blog.
Read
19 Nov
BIMI – IT security and brand protection in one.
Phishing e-mails pose the greatest threat to businesses today with over 90% of all attacks on IT infrastructure coming off the back of one. It’s crucial that it is as difficult as possible for criminals to succeed in this way, both for your company as a whole and your reputation. BIMI is the latest way you can protect your brand, giving your customers the peace of mind that the e-mails they receive really are from you, by placing your logo directly next to your e-mail in customers’ inboxes. Read on to find out how BIMI works and you can benefit.
Read
16 Nov
The IT security GAP analysis – Blessing or curse?
The digital transformation is presenting your business with great opportunities, but also increasing your IT landscape’s complexity and vulnerabilities. The aim of a GAP security analysis is to systematically comb through your network and security infrastructure. Structured IT security analyses leverage risk analysis and recommendations for action to show you the technically and economically best path to success.
Read
More posts
Bechtle IT System House Münster

The IT system house in Münster opened its doors in 1990, joining the Bechtle group in 2000. Its staff of 72, five of which are vocational trainees, provide services in the areas of managed workplace, server & storage, networking solutions, virtualisation, IT security as well as in the field of IT-trainings.

Founded in 1983, the Bechtle systems integrator in Neckarsulm provides IT solutions in client management, server and storage, networking, virtualisation, IT security and software.

Founded in 1972, the Bechtle IT systems integrator in Cologne joined the Bechtle Group in 2001. Together with a branch in Munster, the location offers a broad IT portfolio.

Founded in 1984, the company joined Bechtle as an IT system house in 1999. It delivers IT solutions in client management, server & storage, networking solutions, virtualisation, IT security, software and other specialist services.

Founded in 1994, the IT systems integrator in Friedrichshafen provides IT solutions in client management, server and storage, networking, virtualisation, IT security and software.

The IT systems integrator in Offenburg offers a broad range of IT solutions, including managed services, cloud solutions, data protection and information security.

In addition to its headquarters in Bonn, this IT systems integrator has additional locations in Cologne and Koblenz. Special fields of expertise include e-government solutions (electronic documents) and "Workplace of the Future" solutions.

The Bechtle IT system houses in Leipzig and Magdeburg have been part of the Bechtle Group since 1996. Their 30 employees offer IT solutions for client management, server & storage, virtualisation, IT security and software. In addition, they offer a training centre with barrier-free access.

In addition to its headquarters in Bonn, this IT systems integrator has additional locations in Cologne, Koblenz and Mainz. Special fields of expertise include e-government solutions (electronic documents) and "Workplace of the Future" solutions.