Emotet - How to protect yourself from this dangerous malware.

For months, the German Federal Office for Information Security (BSI) noticed an increase in targeted Emotet attacks on German companies and public authorities and explicitly warned against these. The BSI considers Emotet as one of the biggest cyber threats. But how can you defend yourself against this dangerous malware? Learn more in this blog.

In IT departments, the reports of multiple attacks are provoking an array of different reactions ranging from cool-headedness and blind trust in security products used to panickily implementing immediate measures.

The best IT security teams see the new warnings as an opportunity. They check their existing security concepts and evaluate whether recommended measures are already implemented. If this isn’t the case, they improve them.

The current generation of Emotet is equipped with modern exploits and encryption and destruction trojans. The software is continually adapted for ever new waves of attacks so that traditional virus protection is not in a position to effectively detect it. Independently of Payload, the current version of Emotet, like much other malware, has been following known strategies for years to successfully capture a network.

In order to be able to discuss the most effective protection measures, I will first describe the progression of an infection in an extremely simplified form.

The victim receives an email containing a file or a link to a file on a web server or cloud, meaning that blocking attachments in the e-mail has no effect. Often, the e-mail contains a personal message with a plausible reason to open the file and ignore all security warnings. The files in question can be Microsoft Office documents, PDFs, script files, and many other formats. The e-mails more often than not come from known senders with current topics in the subject lines, making it very hard for users to recognise it as a trap.

The file opened by the user generally contains only one script that downloads the actual malware on the victim’s computer. As the trojan is constantly changing and shifting, it is often overlooked by traditional antivirus programs.

The attacker’s command and control server enters into communication with the victim's client via the malware, receiving instructions on how to proceed. The trojan can now e-mail itself to business partners, encrypt available approvals, and collect and send passwords and access data to the attacker.

The malware uses the client and server vulnerabilities and spreads itself in the network like wildfire. Frequently, the entire data stock and even the backup systems are affected. On every system that it takes over, the trojan collects more data and wreaks more havoc.

When looking at a simplified attack, we can see how the various areas of an IT company are entered.  Because of the agility of the current and future malware, perimeter protection measures (firewalls) safeguarding e-mails and endpoints (antivirus) are no longer sufficient. What is needed is a holistic approach to IT security measures, where both successful defenses against attacks and damage limitation and recovery are focussed on.

The measures required reach far into the network and are not limited to purchasing and configuring IT security products. In addition to the technical aspects of IT security, the organisational and training measures for users and IT employees are crucial.

IT security is more than just an IT topic.

In practice, we come across constellations again and again that are reduced to perimeter IT security protection and endpoint protection and managed by the in-house IT departments. In internal networks partially administrated by other teams, generous exceptions are defined for anti-virus protection, operating systems protection mechanisms are switched off, and no network segmenting performed by firewalls. In general, internal devices are seen as trustworthy. These are exactly the environments in which Emotet or similarly structured malware can wreak the most damage as soon as the network is infiltrated.

To set up optimal protection, a multi-area approach to IT security is needed, where it is often necessary to mediate between the individual departments and interests. And it’s even more important to have a strong, vendor-neutral, and expert partner to have for evaluation, design, and implementation who can keep an overview and bring more security to your company. 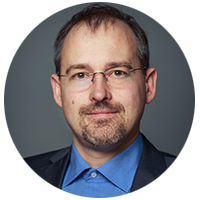 13 Jan
Sunburst and Supernova in cyberspace – We support you.
The cyberattacks on companies FireEye, SolarWinds and Microsoft at the beginning of December 2020 have led to an overflow of reports on the events. Little by little, the effects are becoming known to the public, while further attacks are almost certainly to be expected. For this reason, we would like to give you an overview of this topic as well as recommend a plan of action.
Read
07 Dec
Network-based video monitoring in healthcare—validated and from a single source.
High occupancy and staff shortages are increasingly causing issues in healthcare, and not only because of the current situation. How can healthcare professionals protect their own health while taking care of patients? And how do they make sure that medication and equipment are safe and secure? And how do you keep patients entertained, safely and in compliance with the EU GDPR? Read on to find out!
Read
07 Dec
The weak link – Increasing employee awareness of malware.
Companies are increasingly being targeted by sophisticated phishing attacks during which users receive legitimate looking e-mails or end up on authentic looking websites and are persuaded to hand over access data or other sensitive information, thus opening the corporate network up to the risk of attack. The result? Encrypted data and a ransom demand.
Read
03 Dec
A shortage of experts – Are managed services the solution?
If you’ve been following the IT labour market for the past years, you will have noticed that Germany is lacking experts in the IT sector. Well-trained and experienced specialists in network and security. and databases and cloud technology are extremely rare. Plenty of CIOs are desperate to find the right IT professionals to strengthen their IT organisation and spearhead their digitalisation projects. But what do you do if there are none? This blog will address this issue while providing ideas and measures to solve it.
Read
24 Nov
Flat networks – A playground for potential hackers.
Traditional network infrastructures were always planned with a focus on connectivity rather than on securing users and the underlying IT. When it comes to security, is such an approach still acceptable today and what do lack of visibility, insufficient control and poor transparency in the corporate network mean? I’ll cover the answers to these question and other technical aspects of a secure network design in this blog.
Read
19 Nov
BIMI – IT security and brand protection in one.
Phishing e-mails pose the greatest threat to businesses today with over 90% of all attacks on IT infrastructure coming off the back of one. It’s crucial that it is as difficult as possible for criminals to succeed in this way, both for your company as a whole and your reputation. BIMI is the latest way you can protect your brand, giving your customers the peace of mind that the e-mails they receive really are from you, by placing your logo directly next to your e-mail in customers’ inboxes. Read on to find out how BIMI works and you can benefit.
Read
16 Nov
The IT security GAP analysis – Blessing or curse?
The digital transformation is presenting your business with great opportunities, but also increasing your IT landscape’s complexity and vulnerabilities. The aim of a GAP security analysis is to systematically comb through your network and security infrastructure. Structured IT security analyses leverage risk analysis and recommendations for action to show you the technically and economically best path to success.
Read
05 Nov
Cloud security – Why you can’t afford gaps in your strategy.
For many companies, security in the cloud still comes with many misconceptions attached. European organisations, in particular, worry that storing their data on a third-party system equals giving that party complete control over it. But is that really so? What are some things that companies should think of when it comes to keeping their assets protected in the cloud? One thing is for sure: When you’re planning to migrate into the cloud, you need to bake security in to your plan from the start.
Read
04 Nov
Information Security Policy – Set up policies and boost information security.
The number of security breaches registered daily has been giving IT admins a headache ever since we entered the age of digital transformation. Over the last few years, there have been plenty of stories of data being stolen and businesses being blackmailed and it’s not easy to shake the feeling of uneasiness and helplessness. But why? And what can we do to fight this feeling? These are the questions I’ll be tackling in this blog today.
Read
30 Oct
In the age of the cloud, how is the perimeter changing?
Digitalisation, mobile working, flexibility, cloud computing—buzzwords we are all very familiar with these days. Despite that, many companies are battling to keep up with the changes, not only in terms of corporate culture and modern working styles, but also with respect to IT infrastructure.
Read
22 Oct
Data centre security – Welcome to the next generation.
Data centres are at the heart of any business. We’ve spent many years working with server, network and storage systems that make working in a digitalised world possible. Businesses are striving to make better use of their IT resources and ready them for the future with the latest and best security technologies to reconcile them with their own cloud transformation.
Read
More posts
Workplace Security

Cisco Breach Defense – Can your security architecture keep up?

The fast, automated and intuitive detection and resolution of security breaches is a top priority. Cisco Breach Defense doesn’t only take steps to reduce cyberattacks, but the technology also helps to react more quickly and effectively to successful attacks.

Heiner Golombek is a trained and certified data protection officer, data protection auditor and ISMS lead auditor ISO/IEC 27001. At Bechtle he is responsible for the Competence Center for Data Protection & Data Security.

Companies are increasingly being targeted by sophisticated phishing attacks during which users receive legitimate looking e-mails or end up on authentic looking websites and are persuaded to hand over access data or other sensitive information, thus opening the corporate network up to the risk of attack. The result? Encrypted data and a ransom demand.