Several articles have come out in recent weeks reporting on security issues found in wireless Logitech keyboards and mice. Various Logitech presenters are also affected. The vulnerable devices communicate with their Unifying receivers on a 2.4 GHz frequency.

Attackers can exploit the vulnerabilities identified to “listen in” on keyboard input, giving them access to confidential information such as passwords and e-mails. But that’s not all. Attackers can also infect the computer with malware, putting the device or even the entire network at risk.

The reports over the past few months are not the first time vulnerabilities have been exposed in these wireless desktop sets. Issues, some serious, were revealed as early as 2016: insufficient protection of code (firmware) and data (cryptographic key), and missing protection against replay attacks (click here [German only] for details).

Some vulnerabilities can only be exploited if the hacker is able to gain physical access to the device for a short period of time. However, other attacks merely require the intruder to be in proximity of the device. While manufacturers say this distance is 10 metres, security researchers believe the radius may actually be much larger. To ensure backwards compatibility, manufacturers don’t always fix all vulnerabilities. Taking action yourself to ensure security is therefore far from trivial.

What you can do about it.

Update regularly: just like with other IT systems, check for firmware and other updates regularly and install them as soon as possible.

Use Bluetooth: switching to a Bluetooth system can also safeguard you from the pitfalls of certain wireless protocols. Be aware, however, that Bluetooth is also based on wireless technology.

Revert to wired input devices: systems that process personal or other data requiring protection should be used with wired desktop sets instead of wireless alternatives. 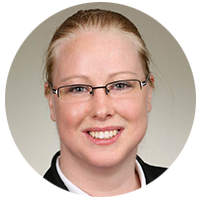 01 Jul
Drastically lower complexity and costs – The future is called Cyber Protection.
The times where classic backups were enough to keep your data protected are over. The rapidly growing complexity of IT systems and the exploding amounts of data make storage and protection of IT workloads costly and complicated—and complicated often means neither well protected or secure.
Read
19 Jun
Cisco Umbrella and Cisco Duo – quick and easy IT security implementation at home.
What a few weeks ago was considered completely unthinkable has become the new normal with employees being forced overnight to work from home as a result of the coronavirus pandemic. Staff have to juggle work and family and businesses had to rethink their IT strategies and fast. Notebooks and other equipment needed for working from home was purchased and infrastructures had to be scaled up practically within the space of a few hours to ensure staff were able to work from within their own four walls. But can that ever be secure? Yes! Insufficient IT security can no longer be used as an argument against working from home ...
Read
09 Jun
Monitoring large IT infrastructures – How to keep an overview.
System admins are faced with a plethora of challenges when monitoring large IT infrastructures. The infrastructure is often distributed across several locations, they have hundreds even thousands of devices to keep an eye on and, generally speaking, several monitoring solutions and hardware from a range of manufacturers are in use. How can admins keep ahead of the game?
Read
02 Jun
Privileged accounts and their influence on holistic information security.
An increasing number of cyber-attacks are happening from predators hacking privileged accounts such as system administrators, allowing them to gain access to particularly sensitive information. Effective defence comes in the form of Privileged Access Management (PAM).
Read
13 May
3 questions for Tobias Dames, Bechtle Cyber Resilience Expert.
In many areas of our lives, preventive protection is a matter of course, for example against accidents or illness. So why take unnecessary risks with IT in particular? Cyber Resilience not only includes infrastructures and technologies, but also people and organizations. Boost resilience - proactively instead of reactively.
Read
06 May
Vulnerability in Citrix Sharefile – We help you.
Citrix issued a security warning (CVE-2020-7473, CVE-2020-8982, CVE-2020-8983) for its Content Collaboration (formerly Citrix Sharefile) product on 05.05.2020 with a request to close it as soon as possible.
Read
More posts
HPE StoreEver Bundles | For your archiving strategy

Phishing, spoofing and CxO fraud are just some of the many ways in which criminals attack corporate e-mail correspondence.

E-mail encryption – Why you should stop sending business postcards

When the world’s first e-mail popped up in 1971, no-one could have imagined what a critical business tool this would become. Protecting e-mail content wasn’t really an issue then, and the original e-mail protocols came without mechanisms that would enable encryption.

New security vulnerabilities affecting operating systems and applications are identified and made public nearly every day. This information is often used by hackers to carry out targeted attacks on companies’ in-house IT systems, for example installing malware on corporate systems to steal sensitive data. Protect your IT infrastructure with automated vulnerability scans!