The Bluekeep security vulnerability (CVE-2019-0708) in Microsoft’s Remote Desktop Protocol (RDP) was first reported in May and since then, the necessary security updates have been available. If you haven’t installed these yet, now is the time to act as attacks have been uncovered.

Analyses have shown which malware attackers are trying to install on Windows PCs, with VirusTotal reporting that a Monero-miner is currently being used that will affect the victim’s compute power.

As previously recommended, systems that can be accessed externally via RDP should be patched as a matter urgency. Companies should also consider the question of whether external access is actually necessary and to update Windows 7, Windows Server 2008 and 2008 R2 to the latest versions as support for these operating systems will be coming to an end in January 2020. 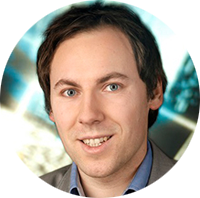 16 Jul
Critical vulnerability in Microsoft Windows DNS Server – We support you.
Check Point has discovered a critical vulnerability in all Microsoft Windows DNS servers. In the worst case, an external attacker can gain access to the entire corporate network (Active Directory) through Internet Explorer thanks to a user’s click. All Windows DNS Server versions from 2003 and later are affected and Microsoft has already made a patch available.
Read
14 Jul
The 5 aspects of cyber security.
German SMEs have long been top targets for cyber-attacks and with good reason. From an attacker’s point of view, the obstacles put in their path are easy to circumvent and successful attacks tend to be uncovered when it’s far too late. Another point is that the damage that can be inflicted on these businesses is comparatively big which is illustrated, for example, by the large ransom that is demanded in the course of an attack. This means that attacks receive big pay-outs for minimal effort.
Read
13 Jul
Critical vulnerability in F5 Big IP security systems allows the execution of arbitrary code - This is how to act.
F5 Networks has announced a critical vulnerability in security systems that are frequently used by customers in the DMZ. Successful exploitation of this vulnerability enables attackers to run arbitrary code with administrator rights on the target system. The code is simply sent as a specially formatted query to the Traffic Management User Interface without the need for any previous authentication.
Read
01 Jul
Drastically lower complexity and costs – The future is called Cyber Protection.
The times where classic backups were enough to keep your data protected are over. The rapidly growing complexity of IT systems and the exploding amounts of data make storage and protection of IT workloads costly and complicated—and complicated often means neither well protected or secure.
Read
19 Jun
Cisco Umbrella and Cisco Duo – quick and easy IT security implementation at home.
What a few weeks ago was considered completely unthinkable has become the new normal with employees being forced overnight to work from home as a result of the coronavirus pandemic. Staff have to juggle work and family and businesses had to rethink their IT strategies and fast. Notebooks and other equipment needed for working from home was purchased and infrastructures had to be scaled up practically within the space of a few hours to ensure staff were able to work from within their own four walls. But can that ever be secure? Yes! Insufficient IT security can no longer be used as an argument against working from home ...
Read
More posts
Perimeter Security – Cisco

E-mail encryption – Why you should stop sending business postcards

When the world’s first e-mail popped up in 1971, no-one could have imagined what a critical business tool this would become. Protecting e-mail content wasn’t really an issue then, and the original e-mail protocols came without mechanisms that would enable encryption.

New security vulnerabilities affecting operating systems and applications are identified and made public nearly every day. This information is often used by hackers to carry out targeted attacks on companies’ in-house IT systems, for example installing malware on corporate systems to steal sensitive data. Protect your IT infrastructure with automated vulnerability scans!

Phishing, spoofing and CxO fraud are just some of the many ways in which criminals attack corporate e-mail correspondence.