When artificial intelligence was born at the 1956 Dartmouth conference, I wonder if the people present could anticipate where it would be 70 years later. Or maybe they assumed it would be far more advanced than it is? AI is on the rise in many industries and it’s also impacting the way we innovate, with artificial innovations already breaking the barriers of our imagination. 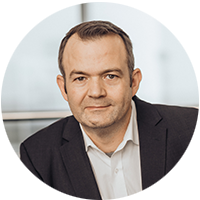 Digitalisation is having such a marked impact on society and the economy like never before seen in history. Of course, there has always been innovation, but the printing press and steam engine needed quite a while before they were accepted and found their place in society. Things are much different for digital business models though, with innovations such as the smart home, autonomous driving, sharing services, streaming, etc. flooding the market.

Who of us had heard of the social network, TikTok, two years ago? Today, the Chinese company has 800 million active users globally (5.5 million in Germany accounting for no less than 13.4 bn (!) views per month). According to CB Insight, TikTok’s parent company ByteDance was the world’s most valuable unlisted company in January 2019 valued at $75 billion. These figures underscore the speed at which successful digital business models can grow, and there have been several lucrative new business starting up over the last few years—from Airbnb to Zalando.

Can artificial intelligence also innovate? Yes, it can and it does. At least it can make it easier through deep learning—the current stage in the evolution of AI. It’s the artificial generation of knowledge from experience. Computers are continuously learning how to differentiate between correct and incorrect results. The more data a computer has available, the more accurate the results will be and these are always based on a rational decision, which typically throws up the question of ethics.

I’m sure you are aware of the ethical conundrums in connection with decisions made by autonomous vehicles. According to which guidelines does such a vehicle make decisions in critical situations when human lives are at stake? New technologies very often raise new questions, but let’s get back to artificial innovation.

Have you ever asked yourself how online shops know what products to recommend and what you’re in fact interested in? We’ve all seen various versions of the sentence “Customers who bought this are also interested in …”. These results are generated leveraging a variety of different models, but artificial intelligence with machine learning and deep learning always plays a role. But what about inventing something that’s actually new? What about machines independently ideating and innovating things that have no precedent? They do! They may not have come up with a whole Tesla yet, but certainly some of its parts that depend on algorithms. After all, it is easier for AI to optimise data and related processes than to invent a complex air taxi.

Radical and disruptive innovations that completely transform or indeed marginalise markets are often the ones that create totally new (digital) business models that customers didn’t know they needed. However, when AI-supported processes discover customers’ hidden needs through their behaviour, online searches or as detected by cameras, AI will be able to suggest innovations. The crux is the available data. I am sure that in a few years, digital business models such as those of Airbnb or Uber, which are purely based on data and do not require their own resources, will be discovered by artificial intelligence. Presumably the Big Four (Amazon, Apple, Google, Facebook) are already working on how they can leverage data to fulfil the need for innovation and new business models.