Over the course of a decade helping companies implement Wi-Fi networks, I've encountered certain issues and misconceptions time and again. Upon closer inspection, common errors are often at the root of the problem. Keep reading to find out what they are.

Wi-Fi is invisible and sometimes behaves differently that you’d expect. When starting a Wi-Fi project, it’s important to take a critical look at your wireless environment and design your wireless network accordingly. A Wi-Fi site survey will show you exactly where to position your access points so that your network performs up to snuff.

Make sure to define your network requirements in advance. These include the number of supported end devices, the protocols used, your required bandwidth and more. At the end of the site survey you’ll receive a report that will help you plan your installation and assess it later on. This stage is important: you won’t be able to rectify any mistakes by adapting settings later on. Instead, you’ll have to rewire the cables and move your access points—an expensive fix.

Access points (AP) are often installed in a straight line down the hallway. The problem with this is that their respective coverage zones will substantially overlap, possibly causing interference. Another unintended consequence are dead zones in building corners. A better alternative is to install APs in a zigzag pattern, so that their coverage areas look like Olympic rings.

APs today are usually designed to be mounted on ceilings. Also, they provide the best coverage when located in the middle of the area you’re trying to cover. If wall placement is the only option, mount the AP on the inside of an exterior wall. The reason for this is that the backside of APs are usually shielded, so if you mount it on a wall separating two offices, the office behind the AP won’t have any coverage.

Your Wi-Fi network should never operate at full transmission power—and it’s important to take this into account when designing it. There are many reasons for this. For one, you know that buzzing sound when someone turns up a stereo amplifier to full blast? The same thing happens with AP antenna amplifiers, and it weakens the signal.

But more importantly, remember that signals travel in two directions: from the AP to the client and vice versa. If an AP sends signals to the client at full power, there is a real risk that the client’s responses never make it back to the AP. This is because clients are usually smaller and battery-operated, so their signals aren’t as strong. Dialling down the AP’s transmission power to anywhere from a quarter to half of the maximum redresses the imbalance.

Tunnelling traffic to the controller.

I’m a fan of controllerless Wi-Fi solutions, so I can’t help but take a dig at this practice. Current W-Fi solutions enable bandwidth speeds of more than 1 Gbps per AP. If all this traffic goes through a controller, that controller will need an enormous throughput capacity even with just a few APs. Simply put, this type of system is no longer scalable in today’s day and age. It’s better to breakout traffic locally at the AP.

With local breakout, it’s essential to make sure that the networks linked to the AP don’t grow too large—the maximum size should be /24 or /23. In the worst-case scenario, broadcast traffic in a Wi-Fi network is transmitted at 1 Mbps Half Duplex. However, broadcast traffic from the network is transmitted to the AP with Gigabit Full Duplex. This can quickly tie up the Wi-Fi completely, making it useless. What’s unfortunate is that the default settings for most Wi-Fi solutions are configured like the worst-case scenario just described.

Wi-Fi networks have pre-defined basic data rates. These rates are communicated by the AP, and any device that wants to log in has to support them. Because all the logged in devices support these rates, the AP broadcasts on the lowest of the basic rates, which I’ve already mentioned is set to 1 Mbps for most solutions.

Beacons—the packets used by APs to announce themselves and their functions—are also transmitted at this rate. These beacons contain all SSIDs and their options, and they are responsible for telling our devices which networks are available to us. The more SSIDs a beacon contains, the larger it is.

To illustrate my point, I’ve done some calculations for various settings. For six SSIDs and a basic rate of 1 Mbps, the beacon overhead comes to 77 per cent. That leaves only 23 per cent for actual data transmission. Increasing the basic rate to 5.5 Mbps slashes overhead to just under 17 per cent. And keeping the number of SSIDs to three further reduces overhead to just 8 per cent. 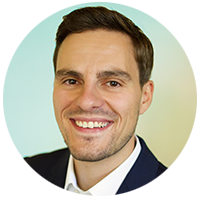 This page is not currently available in the selected language.
Read
More posts