After the computer and the smartphone, what’s next? Road-testing HoloLens 2.

Yesterday, my colleague and I were lucky enough to meet with Microsoft at the Mobile World Congress 2019 in Barcelona to get all the information on HoloLens 2 straight from the horse’s mouth. We even got the chance to road-test it!

After discussing the market launch, positioning and advertising campaigns, it was down to the real business of the day: testing out HoloLens 2 for ourselves.

Even at first glance, it’s obvious that Microsoft have done their homework and remedied one of the biggest criticisms of version 1— HoloLens 2 is significantly lighter and is much more comfortable to wear. The main reason for this is that the majority of the weight rests on the back of the head, and so working for over two hours with it on should be no problem. The battery life has also been improved and now stands at three hours although we couldn’t verify that in our test.

Putting on and adjusting the HoloLens is just as easy as before thanks to the adjustment wheels fitted to the head strap and is much like putting on a bike helmet. A new feature is the use of the eye-tracking camera for calibration so that the device can correctly detect eye movements in the future. This camera can also be used to log in to applications using pupil detection in much the same way as you can on Surface devices with Windows Hello. This does away with having to continually type in a password or PIN and makes the HoloLens 2 more intuitive and practical.

Collaboration through coupling several HoloLens’s is easy as pie. We were able to try it out using an architecture demo during which we could both work on the same model and touch and move around building blocks. Of course, these were only holograms, but we were able to work with them so intuitively that we really had the feeling that they were actually in our hands. It’s also extremely easy to use both hands to change the size and turn the blocks around. The level of detail is so great that it’s possible to put your head into a virtual building and check out the details in the rooms.

But what about the display and field of vision? The latter was the target of a lot of criticism in the previous model, but Microsoft has more than doubled its size and the updated resolution of 2K per eye is easy to see in the truest sense of the word.

So to sum up, Microsoft has significantly improved weight, comfort, battery life plus the display and field of vision while dramatically reducing the price— the new version should be available from USD 3,500. The 2nd generation is a huge step towards a future of VR and AR.

A course towards further expansion in the field of mixed reality

technology in companies has been set. And who knows, maybe it’ll be completely normal in 5-10 years to wear our PCs on our heads, use holograms to enrich the real world and voice commands and gestures to control what we do. 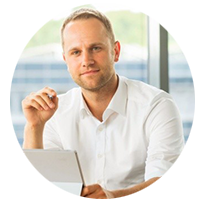 Sebastian Schwab
Senior VIPM Microsoft Surface & Teamkoordination
E-Mail Profile
26 Aug
Working from home – Putting the horse back before the cart. Part II.
In the first part of the interview with Stephan Verstegen, we discovered how important it is to have a cloud strategy, the benefits of hybrid cloud scenarios and how Microsoft Azure can reduce data centre expenditure. In this second part, we turn our attention to the topics of data protection and security, the modern workplace and the benefits of the partnership between Bechtle and Microsoft.
Read
More posts

When Microsoft presented the new Surface devices, it created not an insignificant amount of hype. But what comes next? What does the new hardware spell for your Modern Workplace strategy? The answers are here.

Working productively with the MacBook at Bechtle – a field report

There are times when decisions are made that you never would have thought possible. After 10 years of using Windows at Bechtle, my new work computer was going to be an Apple.

Welcome to Mixed Reality: Q&As on the Microsoft HoloLens

As the first and only reseller of Microsoft HoloLens in Germany, Austria and Switzerland, Bechtle offers a full consulting service for using mixed reality headsets in businesses.

The first virtual Meraki Hackathon in Germany took place in May. Bechtle won joint first for their Hannover team’s solution which uses Meraki cameras to measure and display the distance between people with the built-in zone features.

Camtasia 2020 takes you and your team from idea to video faster than ever before. Discover all the new benefits for your business!

Dell Interactive Displays - The perfect addition to your conference room

The times of beamer, whiteboard and co. are coming to an end. Content should no longer have to be photographed with a smartphone in order to send it to the meeting participants via different channels. To what extent Dell can offer you the crucial advantages and increases in efficiency in this respect, you can find out in this blog…

The eyes of machines: Marc Pollefeys on HoloLens 2 and Computer Vision

The professor of Computer Science at ETH Zurich is carrying out intensive research into how computer-based systems can learn to "see" better and has codeveloped HoloLens 2.