Bechtle’s IPO turns 20: “We pulled rabbits out of hats.”

Twenty years ago on 30 March 2000, Bechtle made its debut on the stock exchange. Stefan Sagowski and Uli Drautz were on the team that prepared the ground. In our interview, the two look back over an exciting and busy period of sleepless nights, rattling printers and extreme agility. Both are clear that, without the IPO, Bechtle would look very different today.

Stefan Sagowski, how much time did it take to take Bechtle public?

Stefan Sagowski: My first day at Bechtle was 1 November 1999 and while there was a plan in place, we didn’t really start implementing it until the start of February. With the IPO planned for 30 March, we had eight weeks to create and review an issue prospectus and the consolidated financial statements for 1997, 1998 and 1999. This was on top of planning for the fiscal years 2000, 2001 and 2002, carrying out legal and financial due diligence, and the roadshows with investors to name just a few of the most important tasks.

Sagowski: Exactly. External consultants had told us that it would be impossible to do in such a short period of time.

Sagowski: I then invested 100% of my time in the IPO and found another 40–50% for our daily business meaning 15-hour days were the norm. In the really critical phase, it could happen that we were in the office for 48 hours straight. That was extreme, but at some point, you completely lose track of time and can only focus on what you have to do. We had to get it done.

How did you experience this period, Mr Drautz?

Uli Drautz: It was a similar situation for me, although I can’t really put it in numbers. I can still remember that we were quickly overwhelmed with things to do when it all kicked off. It was a Herculean effort, but I enjoyed it. In hindsight, the way we went about our tasks was quite special. We just worked down the list of tasks we had, without any of the project planning or management methods that we are used to today. That’s how Bechtle worked back then and, to some extent, still does today. We just do it and I really like that. If we had made any plans, they would have been impossible to stick to anyway. On one day, we were working on Solution A, but by the next, it was abundantly clear that Solution B was the way to go. We improvised a lot and sometimes we pulled a rabbit out of a hat.

Sagowski: The team was very small. Essentially, it was Gerhard and Adelheid Schick, Barbara Bittner, Uli—whom we’d hired last minute to handle Investor Relations, and I. And then, of course, there were the uncountable lawyers and capital market specialists from consortium banks. This was a very stressful time. We were all huddled together in long and narrow room in Gaildorf’s Kanzleistraße, with all the desks lined up, facing the wall By today’s standards, it was quite cosy in there. We also had a copier that was practically running non-stop and gave us our background music. 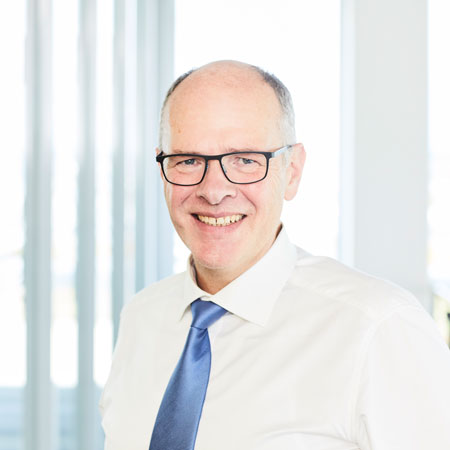 Uli Drautz has been working at Bechtle since 1996, starting his career in business administration and controlling, soon gravitating towards the latter. As Bechtle grew, his role expanded quickly to cover group controlling, including planning, reporting and KPI monitoring. He also oversees Bechtle’s real estate and vehicle fleet, as well as Bechtle Mobility, the fleet management company that he set up with his team. He has also been representing employee interests on the Bechtle Supervisory Board since its inception and is also its Deputy Chairman.

You still remember all of that?

Sagowski: This is definitely something that is engrained in my mind from this time. Legal due diligence meant we had to copy and scan all business contracts, notarised documents, company records, certificates of registration and other documents related to Bechtle AG and all its subsidiaries for the lawyers so that they fully understand each individual group member’s legal identity. In some cases, we didn’t even have the documentation and therefore had to politely persuade the commercial courts and solicitors to provide them for us. Time was always against us. I’ll never forget it.

Drautz: Oh yes, I remember that, too. But my fondest memory will always be the one with the planned balance sheets. I remember Stefan called me at 4:30 pm about the balance sheets. Our consultants had told us we wouldn’t need them, but it turned out we did. And we needed them the following day. I went home, ate, got changed and then drove from Heilbronn to his office in Gaildorf. We were finally finished by 4:30 am. At 6:30, Gerhard Schick came into the office wondering what we were doing there. Without the planned balance sheets, there would have been no stock exchange prospectus, and without that there would’ve been no IPO, so the long shift was definitely worth it. After that I headed back to the office in Heilbronn and worked until 1 or 2 pm. I was pretty tired after all that! (laughs)

A stock exchange prospectus, six consolidated accounts, an “as if” analysis both with and without acquisitions, a planned profit and loss account, balance sheets and cashflow statements for the next three years—that sounds downright crazy. But what was the biggest challenge of all?

Sagowski: All of these accounts and plans not only had to be put together in a short period of time, but also had to be reviewed by an auditor, which very nearly broke the deal. I can remember the meeting with the auditor we had back then very well because he told us it would be impossible to carry out an audit in such a short period of time. Thankfully, I still had some contacts from my previous job at Deloitte and they jumped in and saved the day.

Did you ever have any doubts that it might not all work out?

Sagowski: We did everything we could to make it work, turning Bechtle on its head while under incredible time pressure. We all knew the stakes: we’d either go public on 30 March or not at all. Timing was critical as it was becoming apparent that the “new market” bubble was about to burst. The 30 March was our only shot.

Did this knowledge affect how you worked, Mr Drautz?

Drautz: Not at all. Bechtle wanted to go public on 30 March. End of story. Bechtle plans have always been made and followed through on. There has never been a Plan B.

When did it become clear that “this is really happening”?

Sagowski: I was at a roadshow in Frankfurt with Gerhard Schick and Ralf Klenk. We were in a parking lot when we got the call with the news from Deutsche Börse that the stock exchange prospectus had been approved. That moment was cathartic. We were elated. But we couldn’t celebrate too much as we had to get on with the roadshow.

Then the 30 March came round…

Sagowski: It was, without a doubt, a fantastic day. For everyone. I was in Frankfurt on the day. The interviews, the first price, the increase. It was so good to see our hard work pay off. But there were no celebrations. We just drove straight back to the office to get cracking on the other things that we’d left on the back burner over this mammoth project. We threw ourselves into work. There were acquisitions to work on as well as reversing the transaction for a site in Untermünkheim that had been earmarked for the new Bechtle headquarters, and a lot more that required attention.

Drautz: It was the same for me although I wasn’t in Frankfurt at the time. I was in the office, working. Typical Bechtle, really. (laughs). I had one eye on the market price during the day. It went up a little, which demonstrated that we were absolutely right to set the issue price at €27.

This day in spring 2000 was a turning point for Bechtle, celebrations or not.

Sagowski: I’d say there are two factors which had a lasting impact on Bechtle: the dynamic duo in the shape of Ralf Klenk and Gerhard Schick, and the IPO. If we hadn’t done it then, Bechtle would look very different today. It was a very big deal because this was the launchpad for everything that followed.

Drautz: I agree. The IPO was a milestone in the Bechtle story and it came at exactly the right time. I don’t know how Bechtle would have developed without it, but I’m sure things would look very different. The perception and size of the company as well as the financial cushion changed significantly on this day.

The founders, Gerhard Schick and Ralf Klenk, wrote the IPO into the very first Bechtle Vision in 1988…

Drautz: …And not just for fun. They really wanted to achieve it. Absolutely. In hindsight, you could probably say that it was a bit mad, but all I can say is you need a touch of madness to develop a vision. Plus visionaries are often thought of as madmen because they can see what others can’t, which for Gerhard Schick and Ralf Klenk, was an IPO twelve years before it became reality. 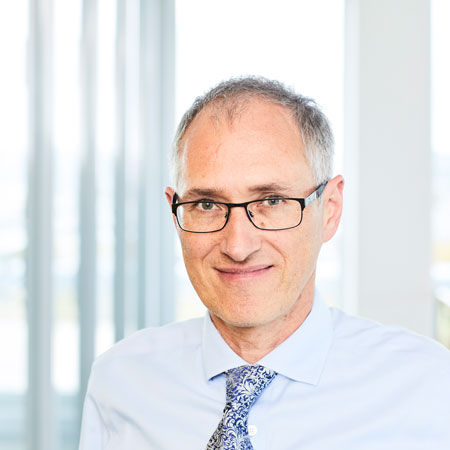 Stefan Sagowski is Bechtle Executive Vice President, Responsible for the Bechtle Group's Finances. Following a degree in economics, Stefan Sagowski began his career at Wollert-Elmendorff (later Deloitte & Touche) as an audit assistant and tax consultant. He joined Bechtle AG in 1999 as the assistant to the Executive Board, helping organise Bechtle’s initial public offering and later taking over the Group’s financial leadership. Since March 2004 he has served as the Executive Vice President responsible for the Bechtle Group’s finances.