Spital Uster transforms IT use with a modern digital workspace concept.

The Spital Uster is the diagnosis and therapy centre of Zurich’s Oberland highlands and Glatt Valley. Some 1,300 employees use a range of IT applications for their every-day work—from central hospital information systems to dedicated applications for physiotherapy. “Digital technologies are now a great help in terms of optimising work processing and raising the standards of patient care in many fields,” says Oliver Ernst, Head of IT at Spital Uster. “The aim of our IT department is to support every employee as well as possible, every day, so that they can concentrate on their work with the patients.”

Digitalisation of work processes, however, is increasingly hindered by existing IT environments. “Our fat client infrastructure was getting on and couldn’t keep pace with new requirements,” Martin Hossli, Deputy Head of IT at Spital Uster. Many PCs weren’t able to provide the performance required to run the latest applications, while lengthy times to boot and shut down delayed switching between end devices, and access to IT from outside of the hospital was very limited. 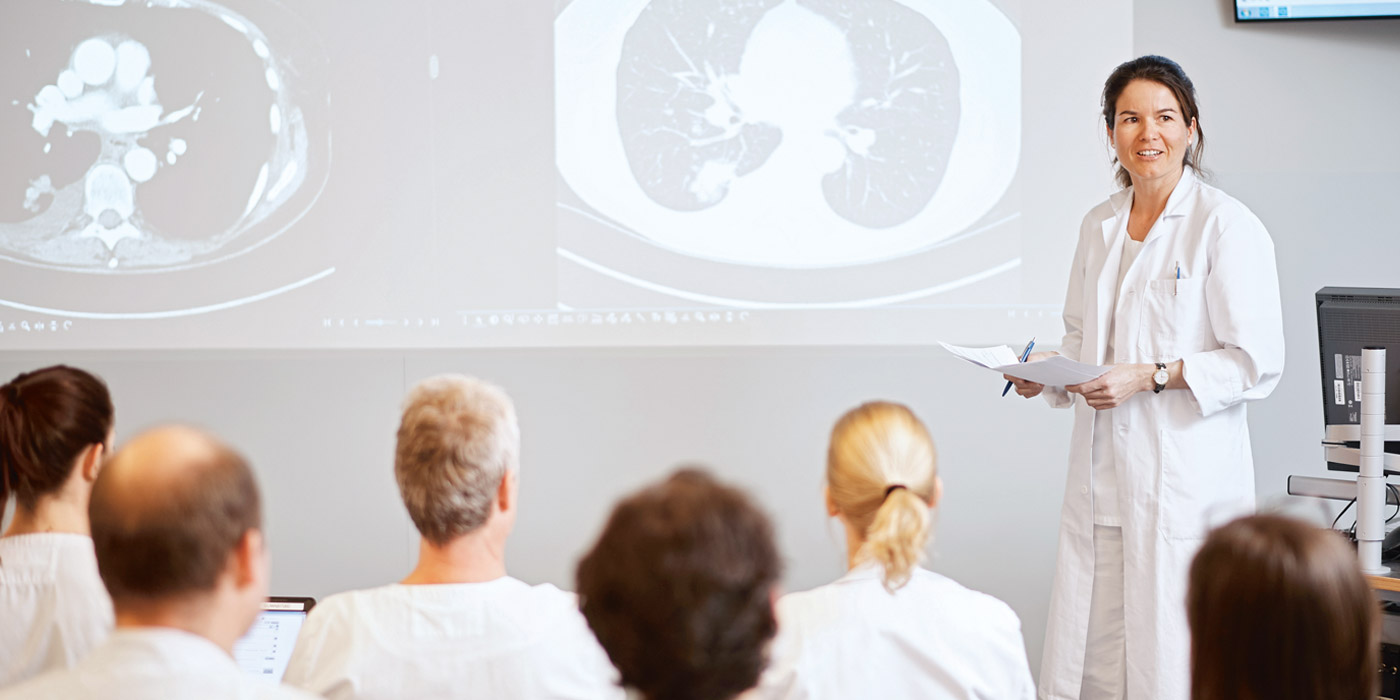 The Spital Uster was therefore looking for a strategy to modernise their some 800 IT workstations. The aim—flexible access options for users with the least admin time and expense. “At first, we were tending towards a traditional VDI solution and planning to provide our users with personalised virtual desktops via our data centre,” says Oliver Ernst. “Bechtle came to us, however, with a tender for a solutions concept that met our needs even better.”

The IT service provider recommended that Spital Uster implement a hosted desktop infrastructure (HDI) based on Citrix Virtual Apps and Desktops and HPE Moonshot. All components for the central provisioning of desktops and applications for this solutions architecture are integrated in a turnkey all-in-one system. HPE Moonshot offers a compact enclosure with a 4.3 U form factor for 45 hot pluggable server cartridges with quad-core processors and SSD flash memory. These share the chassis’ redundant switches, fan modules, and power supplies.

In contrast to a traditional VDI infrastructure, workloads run directly on bare metal hardware. It offers great benefits in terms of user-density, performance, and energy consumption. With Citrix Virtual Apps and Desktops, some 20 users can work on the same server cartridge. Integrated graphics processors ensure that even graphic-intensive applications run with high performance levels. Power use per workstation is minimal—Moonshot’s architecture sets itself apart with its high energy efficiency—and in terms of clients, classic PCs can be replaced with efficient thin clients. At the same time, IT complexity is reduced since the need for a virtualisation layer and separate storage for the desktops and applications can be done away with. Citrix infrastructure components such as provisioning services and licence servers are also directly integrated.

The aim of our IT department is to support every employee as well as possible, every day, so that they can concentrate on their work with the patients.

With highly-trained doctors, therapists, and care staff, as well as a modern infrastructure, Spital Uster provides basic care for 172,000 people. It treats, cares for, and supports 60,000 inpatients and outpatients every year. Moreover, 900 babies come into the world in Spital Uster annually. With its some 1,300 employees, it is one of the largest employers in the city of Uster. It was established as early as 1883 and is supported by 11 political municipalities—Dübendorf, Fehraltorf, Greifensee, Hittnau, Mönchaltorf, Pfäffikon, Russikon, Schwerzenbach, Uster, Volketswil, Wildberg.

“The solutions concept impressed right away,” says Martin Hossli. “Before coming to a concrete decision, we wanted to collect first practical experiences .” The Spital Uster therefore started running one complete ward, in addition to users from another department, on an HDI infrastructure for a two months. In the productivity test, the joint Citrix and HPE solution also proved itself worthy. The added value for users—their digital workstations are really mobile and no longer tethered to a specific computer. Doctors and care staff can log in to HP thin clients or other devices via the Citrix Workspace App and gain immediate access to their desktop with all applications. Time-consuming login procedures can be done away with thanks to the integrated Imprivata OneSign touchless authentication solution. Users can easily log on to any workstation with their employee card and don’t have to keep entering their username and password.

This allows for quick workstation and user switching on joint-use computers. Closing and reopening applications is also a thing of the past. User sessions are always open on the Citrix servers and follow the user wherever they log in. “The follow-me concept was very well received by our users as it saves them valuable time,” says Oliver Ernst. “It even shows users where the closest printer is when they log in to a new workstation.” The test users were also very happy with the performance of the centrally provisioned applications. Even high-resolution images and videos are displayed faithfully on all workstations thanks to high-performing Citrix HDX protocols and the Moonshoot solution’s integrated graphics processor.

The seven-strong IT team at Spital Uster were able to get a complete picture of how simple the solution was to administer. “We now only manage one vDisk in our data centre that contains all of our users’ applications and provides them via Citrix Provisioning Services. We therefore only have to install all our software updates once and can make them accessible from all workstations at the press of a button,” says Martin Hossli.

Access to applications is managed via AppLocker and other group policies from Microsoft. With Microsoft App-V, the application package can be assigned to the relevant user sessions. IT has full control of which applications are run in which versions on which workstation. Citrix Director provides IT employees with a complete picture of the state of their infrastructure and makes it easier to identify and solve issues in user sessions.

The Moonshot hardware admin is also easy to perform in the data centre. Server cartridges and other components can be easily exchanged without halting operations, too. Extensions are also possible at any time, whenever the solution reaches its initial limits. Spital Uster can, for example, integrate additional server cartridges in order to centrally provision even dedicated desktops for users with special requirements.

After positive experiences with the test operation, Spital Uster decided to roll out the new workspace concept across the board. Together with their partner Bechtle they installed two Moonshot systems in both server rooms in order to ensure the most available operation possible. Step by step, the individual departments were transferred to the new infrastructure—starting with the wards that would benefit most from the flexible workplace concept.

“Right from the start of the transformation phase, we have tried to get users on board with walk-in events, for example,” says Oliver Ernst. “Employees were able to try out the new workstations and we demonstrated how they could use their cards to change quickly from one computer to another.”

The IT department also had a lot of support from the hospital’s management during the project. They welcomed the prospect of not just flexible access options, but also holistic standards for security and data security. There are, for example, no collective accounts that users share on the same machine. Each user logs in to their workstation with the personal card, and sessions are locked automatically if left unattended for a new minutes.

Right from the start of the transformation phase, we have tried to get users on board, with walk-in events, for example. Employees were able to try out the new workstations and we demonstrated how they could use their cards to change quickly from one computer to another.

Remote access to internal IT is also comprehensively secured. Doctors on call at home can access their user workstations via Citrix Gateway. The Citrix solution encrypts all communication ensuring that patient data cannot be printed at home or saved locally.

When using mobile end devices, there are also no compromises on data security. The hospital’s users now use iPads and iPhones to access their e-mails, appointments, and applications. The IT organisation manages these devices with Citrix Endpoint Management, ensuring that users can only install approved apps. Applications such as the Citrix Secure Mail e-mail client also run in protected containers on mobile devices—strictly separate from users’ private apps.

The IT admins feel very well equipped for any future challenges: “Our working world in the hospital has become more digital and mobile,” says Martin Hossli. “The combination of Citrix and HPE Moonshot allows us provide all users with flexible workstations wherever they are—and manage this efficiently with our small IT team.” “We are very pleased with the results of the strategy so far,” adds Oliver Ernst. “Another crucial factor for success was definitely that our partner, Bechtle, brought a great deal of expertise with them and supported us fully in planning and implementation.”

Together with leading vendors, Bechtle provides your business with integrated solutions that are tailored to meet all your business requirements.

When people in North-Rhine-Westphalia or indeed all of Germany find themselves stuck in personal difficulties or family problems, they can rely on the Evangelische Jugend- und Familienhilfe.

The Bechtle Corporate Workspace takes digital working to the next level

Simplify collaboration, accelerate processes, make users more satisfied: These are the goals of Bechtle's new digital workplace strategy. With the Bechtle Corporate Workspace based on Citrix technology, a work environment has been created that is tailored to the needs of modern, flexible teams.

Employee mobility is a great challenge for companies and IT departments, yet also brings great opportunities. Need advice? Our consultants are standing by.

Honeywell | The answer to your business needs

No matter the challenge, Honeywell has a solution ✔ Uncountable successful projects speak for themselves! Discover now at Bechtle!

AssenheimerMulfinger was looking for a solution that would provide stable WLAN and WAN in all car dealerships. Bechtle installed a wireless solution based on Cisco Meraki at all sites, guaranteeing fast deployment and simple management. Learn more.