Moonshot – in the service of medicine.

The Graubünden cantonal hospital is south-east Switzerland’s main hospital. A critical healthcare provider for the entire region, the institution has been using a VDI (Virtual Desktop Infrastructure) environment for its approximately 1,200 desktop workstations for years. The growing importance of graphics-intensive medical applications provided the eventually led to the decision to back up central provisioning with a high-performance computer infrastructure. With excellent results.

THE GRAUBÜNDEN CANTONAL HOSPITAL were one of the first to opt for a virtual desktop infrastructure based on Citrix technology, with its data centre providing desktops on low-maintenance thin clients—not least because endpoints are deployed in highly sensitive areas such as the operating theatre and intensive care unit. Although easy to manage, the system displayed limitations that are not uncommon in VDIs: Performance would rapidly drop during intensive user access, especially for graphics-heavy workloads. Video conferencing was hardly possible and videos and 3D simulations were sluggish on the end devices, which is a huge issue considering the proliferation of imaging technology and simulations in modern healthcare.

Michele Donnicola, Head of ICT Infrastructure at Graubünden, clarifies the overarching strategy: “Our lean hospital strategy aims to give users a mobile, high-performance, individual workstation. Doctors and caregivers need to be able to document and access information at their patients’ bedside and work as productively from home as they can in the hospital. However, the old VDI infrastructure’s sub-par graphics performance was standing in the way of achieving this aim.”

Desktops straight from the data centre.

In collaboration with Bechtle Switzerland and its partner, HPE, the hospital’s ICT team therefore 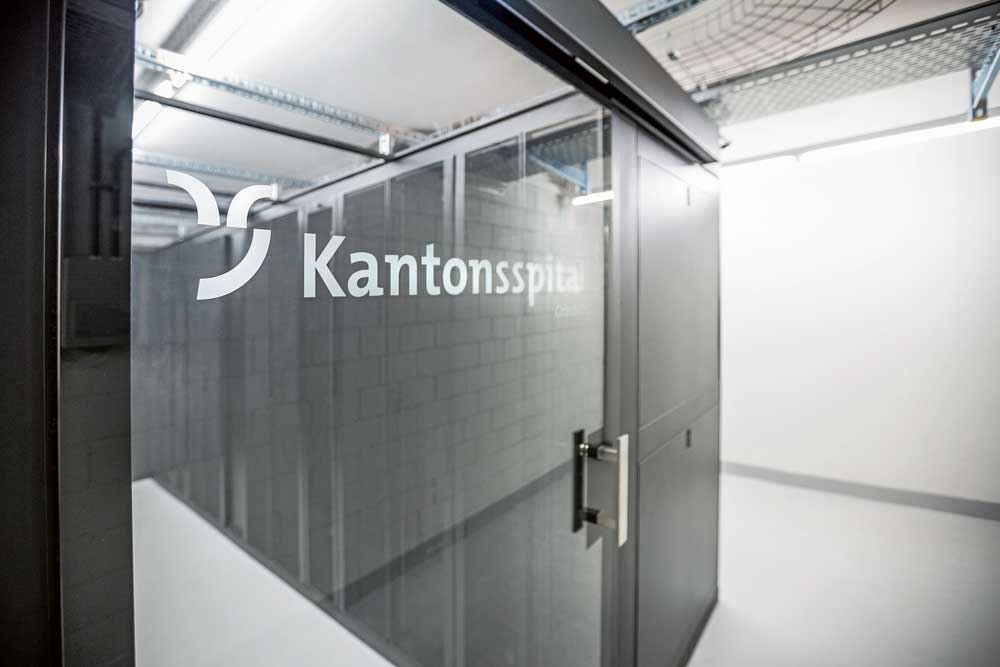 developed and implemented a new desktop solution from scratch. “The most important requirement to us was graphics performance and a high degree of standardisation in order to cover approx. 80 to 90 percent of the workplaces, with data security, recovery and business continuity not far behind,” says Michele Donnicola. Using this catalogue, the partners considered various technology concepts and ultimately designed a solution that combines the advantages of centralised IT with the performance of dedicated hardware: HPE Moonshot.

Unlike VDI solutions that require a hypervisor layer to virtualise hardware resources, HPE Moonshot provides users with a desktop with a dedicated graphics processing unit (GPU) and its own super-fast SSD flash storage located in the data centre. This way, even graphics-intensive applications can tap into enough computing power. An HPE Moonshot infrastructure consists of an HPE Moonshot chassis that holds modular plug-and-play Moonshot cartridges. Each rack can be loaded with up to 45 cartridges and is pre-installed with all the essential components for management, power supply, cooling and networking. The desktops running on Moonshot in Graubünden are still published and centrally managed via Citrix software. Medical staff and administrators have been working with the new VDI infrastructure for several months. “The decision to go with HPE Moonshot was spot on, as things stand today” sums up Michele Donnicola, explaining why: 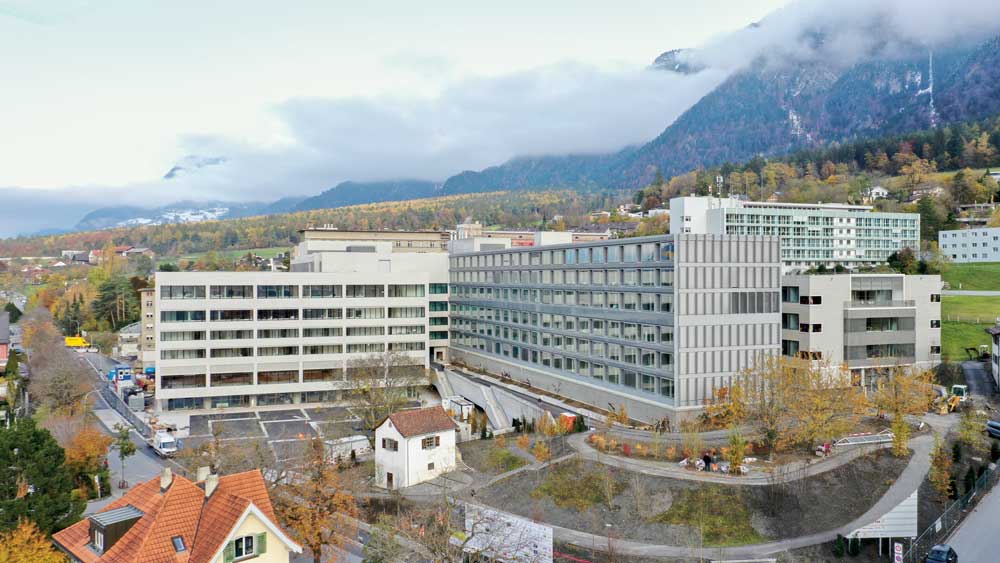 THE GRAUBÜNDEN CANTONAL HOSPITAL provides a wide range of medical and surgical services with treatments covering 33 disciplines. With some 2,500 staff, is the largest private healthcare provider in the Swiss canton of Grisons. At three sites in the cantonal capital Chur, around 18,000 inpatients and over 80,000 outpatient cases are treated every year. The modern hospital has two hi-tech data centres that provide all IT services for the nine departments and a 45-strong IT team to take care of the systems and applications. 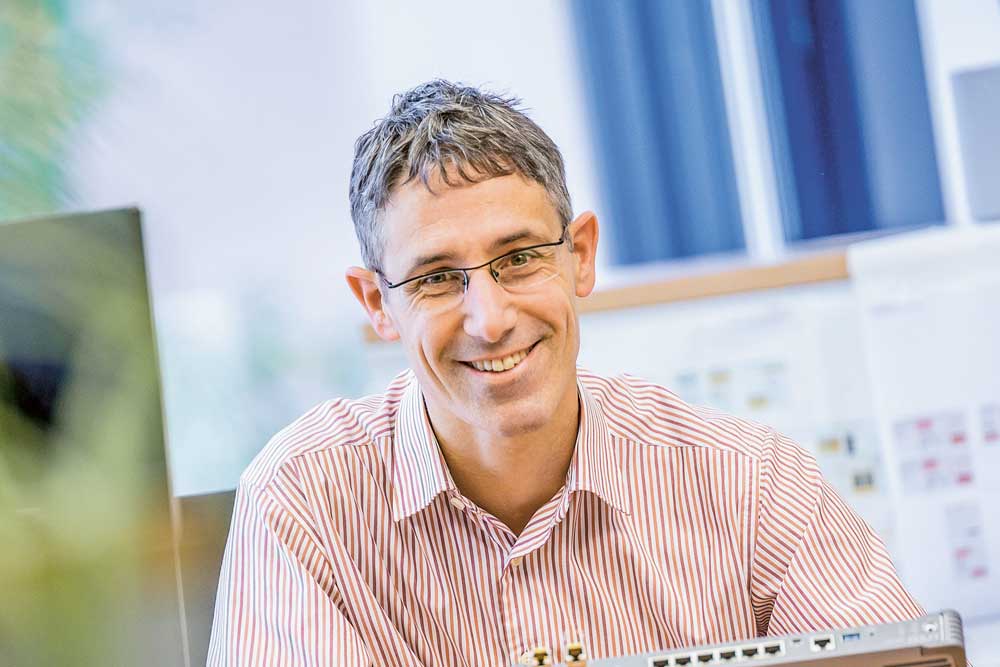 Despite maximum standardisation, the user experience has improved dramatically and in particular with graphics apps. Our doctors can now view high-resolution x-rays and smooth running 3D animations and hold video conferences from home or on the road via the hosted desktop environment, which has helped enormously during the COVID-19 pandemic. Thanks to the combined efforts of HPE and Bechtle, we received the HPE Moonshot cartridges very quickly and were able to migrate key medical staff very fast. It goes without saying that this technology will help us better meet the challenges posed by the pandemic.

HPE Moonshot’s well-structured system architecture simplifies system management: By doing away with the virtualisation layer and with data now being stored directly on the Moonshot cartridges rather than in an SAN, performance has been given a boost and troubleshooting is much easier, too. Michele Donnicola: “Problems are very easy to track and are limited to the respective cartridge’s 15 users. HPE Moonshot reduces data centre complexity and gives our team the security they need, plus the technology allows resources to be assigned to user groups in a very targeted manner.”

Another advantage is the system’s scalability. When additional desktop workstations are required, all you have to do is add a cartridge to the rack. Despite dedicated hardware power for users, application software can be managed with a central image as easily as in a traditional VDI infrastructure. The solution is even prepared for worst-case scenarios. By distributing the four Moonshot chassis over two data centres, hospital staff can still access some 80 percent of their standard IT performance, even if one data centre completely blacks out. 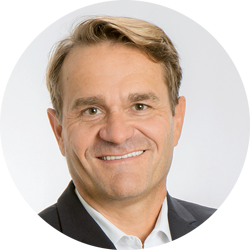 Vahle - Modern Digital Workplace thanks to Citrix and Office 365

With a new CITRIX environment, not only the energy and data transmission systems manufactured by VAHLE are mobile, but also the company itself.

Modern Digital Workplace from Bechtle ➥ End of support for Windows 7 ✓ Make the switch to Windows 10 ✓ Our experts are by your side ✓ Find out more!

Busch-Poggensee wanted new technologies for their IT. Their data centre, previously operated on their site, has now been relocated. Bechtle performed the move for the agricultural engineering company without much downtime.

Wired and wireless network solutions are the lifeblood of companies. Lay the foundations for an efficient and mobile workforce.

EG Franken-Schwaben – Bringing home the bacon with new IT infrastructure

In order to remain a strong partner and supplier for butchers and slaughterhouses, Bechtle was commissioned to restructure its existing network components, resulting in a virtualised infrastructure, as well as a sophisticated backup strategy and a future-facing network that can be scaled up as the company grows.

Aruba Instant On – An overview

For many small companies—particularly startups such as design stores or the new café on the corner—and for those looking for an affordable, simple network solution, there’s Aruba Instant On. Our blog covers the most important benefits.

Niklas Lay has been working as a service provider in the network and IT security world for more than 10 years. He has gained profound experience in projects ranging from small medium-sized businesses to large corporations. The field of IT security is taking up more and more space. Applications are increasingly networked or provided from the cloud - which requires a good security concept. As a consultant, it is his passion to develop tailor-made solutions for our customers.

On becoming a member of the Irish DCC group in April 2018, TEGA renewed its network infrastructure, making it more flexible. To this end, Bechtle set up a new network using HPE Aruba components, which connects all company sites. LAN and WLAN are both managed via the HPE Aruba Central Cloud with Managed Services by Bechtle.

Mlog’s new IT environment was to be modern, highly available, secure and scalable. Bechtle and Mlog held workshops, by the end of which Mlog had arrived at a clear goal: it wanted two data centres with mirrored infrastructure to ensure parallel operation of its IT.

Prime your network for the future with SASE and SD-WAN

The demands placed on data centres are on the rise, as are threats to corporate security. Companies need a software-based and secure wide-area network—and hence a radical rethink of their network concepts, with SASE and SD-WAN at the core.

Make sure your company is future-ready with IoT solutions and edge computing from Dell ✔ Find out more from Bechtle!

Intel vPro® | The platform for your business

Manage your resources reliably and efficiently with Intel’s vPro® platform – Tailored for your business! Find out more!

Corporate IT networks must be available and performing optimally at all times. We’ll show you how you can make sure your network doesn’t bail on you.

Users at each one of the group’s companies now have access to the same applications, data and directories through a Citrix-powered Modern Workplace. More of a hike than a walk, every step towards the new folder structure was well worth it, as it makes the lives of employees sharing and collaborating on files that much easier.