“Bechtle picked up considerably in the second quarter. In view of the excellent prior-year quarter, the revenue and earnings growth rates of both segments were remarkable. We performed very well especially in Germany”, explains Dr. Thomas Olemotz, Chairman of the Executive Board of Bechtle AG.

As of 30 June, cash and cash equivalents including time deposits and securities amounted to a comfortable €136.3 million. Bechtle’s liquidity is still higher than the sum of its financial liabilities. The group’s net debt remains negative at €62.9 million, i.e. Bechtle is free of debt. The equity ratio improved from 54.5 per cent to 55.7 per cent. The extrapolated return on equity reached an excellent value of 13.1 per cent, as in the prior year.

As of the reporting date 30 June 2015, the Bechtle Group had a total of 6,938 employees, including 389 trainees. This represents a year-on-year increase of 545 employees, i.e. 8.5 per cent. In July, Best Recruiters awarded the gold label as best employer of the IT industry to Bechtle for the second time in a row. In its HR work, Bechtle will continue to focus on training. The success is evident particularly from the high demand for training posts at Bechtle.

Forecast for the Year Reinforced.

Bechtle is still confident that its revenue and earnings will outperform the prior year in 2015 as a whole. “Together with the good first quarter, the excellent figures of the second quarter have carried us to the top end of the target range of our expectations for 2015. Provided that the positive economic framework conditions persist, all signs are currently indicating another record year”, says Dr. Thomas Olemotz.

Bechtle KPIs for the Second Quarte and First Half of 2015. 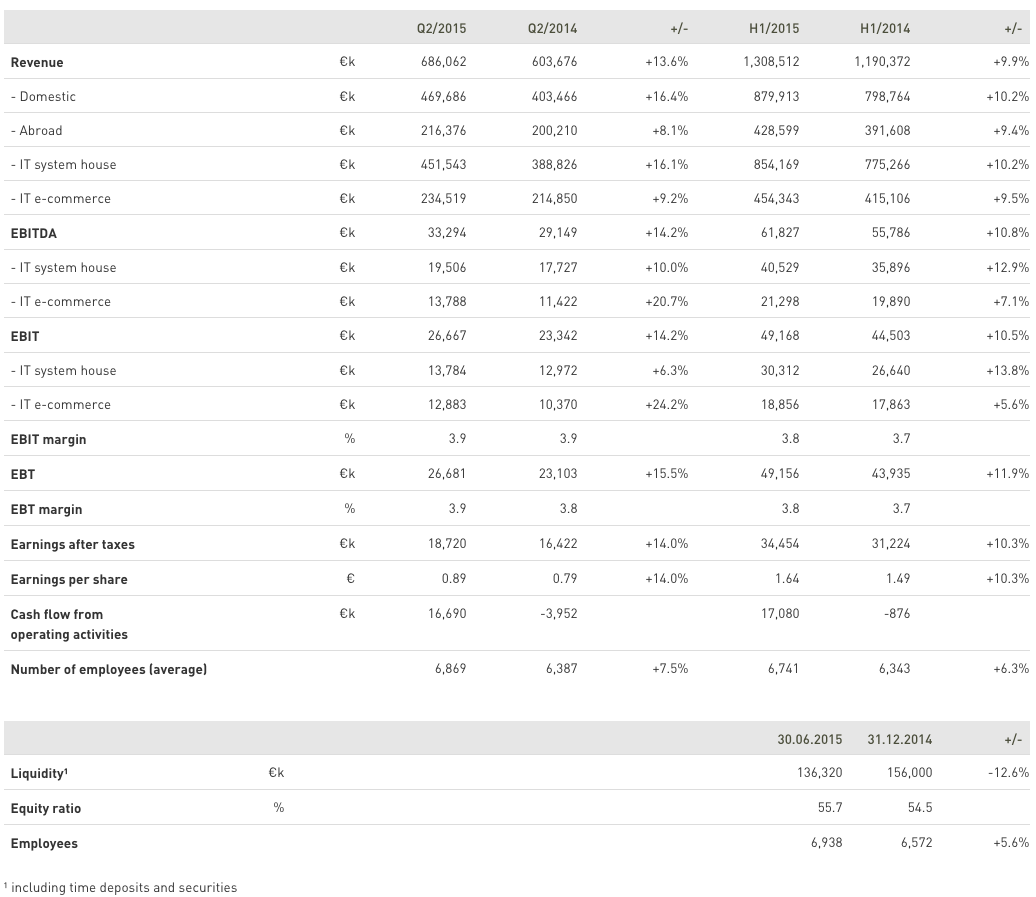