Do you have a plan?

The reality is in many organisations, just because a vendor declares a piece of hardware EOL (End of Life) or EOSL (End of Support Life) doesn’t mean you can just turn it off. The business is still using it and for what ever reason (and they are numerous) the IT Department is going to have to support that service, and software/hardware until it can be migrated, upgraded or shutdown.

You have Windows Server 2008r2 (and in some cases that might also be Win XP, NT, 2003) installed on your network, its running an application you can’t do without and it can’t be closed down, so let’s focus instead on what’s next.

The issue is often the risk is seen only as the EOL item, the apparent danger to the business is not in the service its self, its in the delivery of that service, However the risks are greater than this.

In short, we actually have 3 main risks.

The bigger risk by far, your network, not the service. The illustration of this is WannaCry and the NHS. It was the application set and installed hardware that kept the environment on WinXP not the desire to run on an old unsupported operating system. It highlights the longer-term management of risk if we don’t look at mitigation strategies from day one as part of the lifecycle of any service(s).

In terms of choices, lets be specific in this case to Win2008r2, but this is generic in terms of all of the other options (Win7, SQL and a myriad of other environments).

1. Upgrade to the next supported version (assuming that you can’t already):

a) Upgrade on-premise servers to current version (available via Monthly Billing or Volume Licencing) – Have you tested the application on Win2012r2, it may be safer to run it with limited application support than no operating system security updates, especially if you need to run it for more than 3-6months more.

b) Migrate to a SAAS version (if available) or a different vendor.

You still have time but use it wisely and formulate a strategy and then a plan. The longer you leave it, the more the risk increases. Take an audit (or ask us to give you access to a low cost or free one), or speak to one of our licensing or cloud specialists to help you start to action a plan.

Our infrastructure audit, will show: 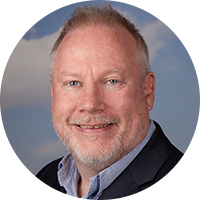 Your comment will be published after an internal review.
Thank you for your comment. Please allow a moment for it to appear publicly. This is what it’ll look like:
Oops. Something went wrong. Please try again.

Thank you for your comment. Please allow a moment for it to appear.

July 2022 marks the end of an era for Microsoft's SQL Server 2012 with the loss of extended support. This just goes to show what happens when you blink - 10 years go by in a flash!

Leverage the Power of the Cloud with Windows Virtual Desktop

WVD is a combination of products coming together into a single solution on the Microsoft Azure platform, that enables you to deliver a complete virtualised Windows 10 experience. With WVD, you can optimise your cloud experience while lowering costs for of licensing and apps by setting up a scalable environment, with ease of deployment and management of your virtual desktops.

A periodic update of Azure based information, including releases, facts and resources in a condensed format.

Modern business agility calls for flexible IT infrastructures that can easily adapt to changing needs. See how Bechtle Cloud can benefit your business.

Your mission-critical data must be available and protected at all times. A private cloud achieves just that. We’ll show you how.

Implementing a new cloud solution must be done in a way that does not disrupt business. Trust Bechtle to keep your business running.

Cloud Security ▷ Secure with Bechtle in the Cloud

Are you looking for an off-premise storage solution but don’t want your business data to leave Germany? Bechtle has you covered.

T H White approached Bechtle with the need for a better e-mail solution that properly catered for mobile users. They were using a POP3 mail system which worked, however did not synchronise with mobile devices or allow remote wipe & control of devices.

To support you with your decision making around managing SQL Server 2012 EOL, Bechtle, in partnership with our trusted SAM partner, EasySam, are providing a special offer with an SQL Server Audit from as little as £625*.

Microsoft CSP offers a new level of flexibility with no minimum license requirements | Scale up and down at any time!

Shrewsbury School is committed to strong academic standards and believe in a vision of holistic education, as demonstrated through an incredible range of different activities and societies.

Create an AI solution and link it to all kinds of Microsoft applications. Get in touch for a consultation.

We advise you on the creation of AI solutions and how to network them with a wide range of Microsoft applications. ➥ Learn more now.

Use digital assistants to communicate with your customers. We’ll advise you on the astounding array of options out there.

Striving to provide a service that helps mitigate risk and provide a higher degree of self-sufficiency.

Today’s IT infrastructures must be able to respond dynamically to evolving requirements. Discover our infrastructure solutions for your business.

The Microsoft portfolio is vast and it’s vital to ensure that when adopting the technology, you make use of all the features available to maximise your return on investment and productivity. To do this, the ability to provide your end-users with a platform for continuous learning not only ensures you get the most out of your investment, but removes the hands-on task of training from HR/IT.

Introducing Microsoft Autopilot, an out of the box solution that simplifies and automates onboarding, and manages the entire device lifecycle from deployment, to resets, to repurposing to finally decommissioning.