“In good hands” is the slogan of the senior centre, Alterszentrum am Bach. With a completely overhauled server, storage and network infrastructure, managed services for monitoring and backup control, comprehensive support and a dedicated service manager, the AZAB knows it’s in good hands when it comes to IT.

In 2017, the AZAB, located in Birmensdorf in Zurich, celebrated its five-year anniversary. Its infrastructure was also five years old. This was a good opportunity for the centre manager, Andreas Grieshaber, to start thinking about a new solution. Even more so since the centre wasn’t happy with the service their previous provider was giving them.

IT in a senior care home is becoming ever more important. In addition to the usual office tasks, documentation of care makes demands on the availability and reliability of IT systems. The care staff work around the clock and have to document every step they take. Diagnoses, medication, emergency contacts, and much more are now only recorded electronically. System issues and downtime would have a serious effect on work.

The AZAB wanted a fully on-premise solution for their new infrastructure. The sensitive resident data cannot leave the premises under any circumstances. And they didn’t want to be dependent on an internet connection or a cloud provider.

It was also important to ensure a high degree of failure-safety for all elements of the infrastructure. The support of the IT partner also had to be reliable. Andreas Grieshaber was looking for a long-term, reliable partner that would support AZAB even after the project had been completed, offering support over the whole year.

The technical implementation and Bechtle’s experience in IT support for care homes won us over and the smooth operation confirmed our convictions.

In July 2017, Andreas Grieshaber presented the Alterszentrum and their IT needs to the Bechtle team. In October of the same year, Bechtle was awarded the contract over 3 competitors. Alongside the detailedness and quality of the tender, the centre manager was impressed by Bechtle’s experience in IT maintenance and support in care homes plus the technical implementation and high quality of the recommended hardware.

he migration project kicked off at the beginning of 2018 with the new infrastructure starting operations in April. After project initialisation and the creation of a detailed concept, Bechtle prepared and configured the systems and carried out a burn-out test. This was followed by on-site installation, comprehensive testing of the base infrastructure, application set up in the new environment and end user tests with current data. This involved the legacy environment’s virtual systems being transferred and the physical servers being replaced by new virtual ones. AZAB were now able to commission the new environment.

Two ProLiant DL-380 virtualisation servers with CPU cores each and 128 GB RAM provide the required compute power. This configuration allows for the operation of 15 to 25 virtual servers per host. If a device is out of action because of planned maintenance or a technical issue, the second takes over the entire computing power with low compromises in performance. The storage environment is based on a Hewlett Packard Enterprise MSA 2040 storage system with 12 x 900 GB RAID 6 drives giving a total capacity of 9 TB. The network core relies on three HPE Aruba 2930M series switches, connected to each other with 40 Gigabit links, to the server and storage infrastructure via 10 Gigabit links and to the layer switch with 1 Gigabit links. All connections are redundant.

A crucial component of the solution is the backup secured by Veeam Backup & Replication. The software integrates perfectly into the storage environment and allows systems to be backed up in minutes while in operation with little performance loss thanks to snapshots. In addition to backing up the virtual backup server with own on-premise drives, a second backup is made on a remotely installed Synology NAS.
Equally important as the hardware and software are the managed services provided by Bechtle in the operation phase.

360° backup control monitors backup reports and informs the responsible technician in case of faulty backups. 360° monitoring ermanently monitors the systems so that problems and bottlenecks are quickly detected and the resolved or prevented by the Bechtle specialists.

AZAB’s new IT infrastructure means they are well-equipped for current and future requirements. The architecture and high quality hardware and software ensure long-term, smooth operation.

Of particular importance to Andreas Grieshaber, however, is the relationship with Bechtle and the support from the central Service Desk guaranteed through SLAS, and the dedicated service manager, who is on hand to deal with all IT-related issues. 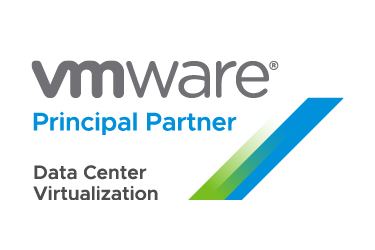 Bechtle installed a reliable, fast and flexible Veeam solution for the storage and protection of data for SIEN.

Alterszentrum am Buechberg taps into state-of-the-art IT from the private cloud.

Flexible managed services based on a storage as a service solution.

Thanks to SAN configuration, the installation of the virtual VMware vCenter and the Veeam backup solution, TRAVYS now saves costs and is more productive.

Bechtle installed a scalable and reliable infrastructure and backup for SNSF, while realising an end-to-end migration.

Zerto Virtual Replication allows disaster recovery plan tests to be automated. Coop can now easily move workloads from one data centre to the other.

HP Enterprise - Our partner for customer-oriented and innovative technologies.

Bechtle’s 360° desktop was the perfect solution – Steinfeld retirement home chose to outsource their IT infrastructure.

Read in our reference why Erbo Group is renewing its IT with HPE SimpliVity and Bechtle.

HPE servers and systems - the cornerstone of software-defined infrastructure.

With HPE, you make the best choice for your SAP HANA systems. Bechtle is your specialist for the implementation of your SAP HANA platform.

After consultation with Bechtle, Spitex opted for 360° desktop and a powerful cloud solution, providing more stability and security.