The Hospital Uster is the networked and efficient diagnostic and therapy center of the Zurich Oberland and the Glatt Valley. With a well-trained team of doctors, therapists and nurses as well as a modern infrastructure, the facility provides primary health care to 172,000 people. More than 60,000 inpatients and outpatients are treated, cared for and attended to every year. In addition, every year, up to 900 infants see the light of day in the hospital Uster. With around 1,300 employees, the hospital is the largest employer in the city of Uster today.

Spital Uster’s doctors, care workers and administrative staff use a plethora of IT applications for their everyday tasks—from the central hospital information system (HIS) to specialist programs used e.g. by physiotherapists. Everything is designed to optimise workflows and enhance the quality of patient care, and IT staff support employees when they face issues as best they can. However, the hospital’s existing IT landscape increasingly got in the way of ongoing process digitalisation, with fat clients posing a particular obstacle. On many PCs, current applications were too slow, laggy logon and logoff times made it tedious to switch devices, and access to systems from outside of the premises was very patchy. Spital Uster hence wanted to have its around 800 IT seats overhauled and give its users flexible access options with minimal admin time and expense.

Spital Uster had issued an RFP for a traditional virtual desktop infrastructure (VDI). In its proposal, however, Bechtle recommended a hosted desktop infrastructure (HDI) instead, using a combination of Citrix Virtual Apps and Desktops and HPE Moonshot, which would be delivered as a turnkey solution with all the necessary components to enable the centralised deployment of desktops and applications. The compact chassis of HPE Moonshot offers enough room for 45 server cartridges, running workloads on bare-metal hardware for improved user density, performance, and energy efficiency. Citrix Virtual Apps and Desktops enables around 20 users to work on the same server cartridge, while built-in GPUs fuel graphics-intensive applications. HPE Moonshot’s highly efficient architecture throttles the power spent per seat to an absolute minimum, and the use of thin clients reduces energy consumption even further. Doing away with the need for a separate virtualisation layer and dedicated storage resources, the system also removes complexity from the IT landscape overall. Citrix infrastructure components such as provisioning services and licence servers are also embedded into the Moonshot architecture.

Following a successful pilot run that included a nursing ward and a group of key users, Spital Uster decided to have the new workspace concept rolled out across the board and install two Moonshot systems for optimal availability.

Doctors and care staff are now able to simply log in to their HP thin clients or any other end devices using the Citrix Workspace App for instant access to their desktop and applications. An integrated authentication solution based on Imprivata OneSign enables even easier, touchless authentication using employee badges. Persistent user sessions on the Citrix servers follow users as they move between devices and enjoy consistent, exceptional performance of the centrally provided applications. Access to these applications is managed using AppLocker and other Microsoft group policies. Microsoft App-V streams packaged applications to the right user sessions.

This hands full control to the hospital’s IT staff, who can easily manage its on-premise Moonshot hardware. Server cartridges and other components can be hot-swapped to enable non-disruptive upgrades as and when they are needed. Citrix Director gives IT staff complete visibility into the health of the infrastructure and makes it easy to troubleshoot user sessions.

The hospital’s management is pleased to be able to offer employees more flexibility for accessing systems, along with consistent IT security and data protection. Users can log in with their personal ID badge, and sessions automatically time out after a few minutes when they leave their workstation. Remote access to Spital Uster’s IT systems is also iron-clad. Citrix Gateway gives on-call staff encrypted access to their desktops, and at the same time makes it impossible for them to print out patient information at home or move it to their personal devices. Even data that travels on mobile devices is always protected, as some employees use iPads and iPhones to access their e-mail, calendar and applications. IT staff have full control over mobile devices through Citrix Endpoint Management, making sure only approved apps can be installed on them. In addition, business apps such as the Citrix Secure Mail e-mail client run in a dedicated container to keep them isolated from employees’ personal apps. Thanks to Bechtle, the hospital’s IT managers are now well prepared for and looking forward to the challenges to come.

The work world in the hospital will become even more digital and even more mobile in the future. With the combination of Citrix and HPE Moonshot, we can provide all users with flexible, location-independent workstations - and efficiently manage them with our small IT team. 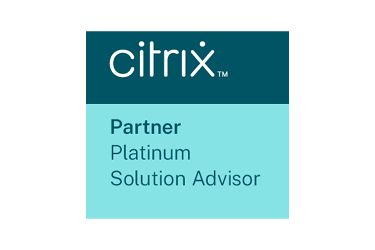 A stable and secure network

Cisco offers a wide range of security products to secure your infrastructures and stay in control of who can access your network.

Choose VMware and Bechtle to leverage a single platform to empower the digital workplace.

Enterprise Network | The basis for your success.

With a modern business network, you create the basis for your economic success. We will be happy to advise you.

Bechtle recommended the 360° cloud to Admeco’s medical engineers to provide them with security, availability and stability.

HPE Aruba: Secure connectivity – Whenever. Wherever

Mobile working on the move - quick and secure to implement with Aruba remote solutions.

Cisco Duo and Umbrella are the Cisco security solutions you can’t live without.

Meraki – the smart cloud-managed solution that makes IT child’s play.

A shot in the arm for Cantonal hospital of Grisons' desktops with HPE moonshot. Read Case Study now.

Secure mobility for the digital world.

Bechtle has provided the hospital with a new desktop infrastructure. The workstation changes improve comfort and productivity.

Alterszentrum am Buechberg taps into state-of-the-art IT from the private cloud.

Bechtle is the Swiss expert for HPE Moonshot. A no-compromise PC experience everywhere, at any time with hosted desktop infrastructure.

Anticipate cyber attacks before they happen – with Sophos Intercept. Contact us for an individual offer.

Using a storage solution for the University Psychiatric clinic’s AV therapy, Bechtle increased the performance of the systems.

Take the next step in enterprise networking and security. Connect everything in your distributed world via a software layer that extends from data centre to cloud to edge.

The increased use of multimedia and 24-inch monitors caused annoying bottlenecks at Domicil on the server side and led to an unsatisfactory user experience. With the switch to a HPE Moonshot system, the existing problems were eliminated.

Bechtle’s 360° desktop was the perfect solution – Steinfeld retirement home chose to outsource their IT infrastructure.