Get in touch
Address. 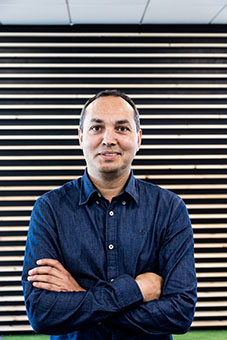 Walking through the Trinity College Library in Dublin, overawed by the some 4.5 million books that reach all the way up to the magnificent vaulted ceiling, it’s easy to overlook the fact that you are actually in the IT hub of Europe, where Apple, Facebook, Google and Microsoft have all made themselves at home. These giants of the industry stand alongside a multitude of IT start ups, providing thousands of fascinating jobs and developing cutting-edge technologies. Bechtle direct has also made itself at home on the Emerald Isle and is this year celebrating its 10th anniversary.

Contact.
You might also be interested in…
Customer stories.
Find out more about our projects and our customers' success stories.
Company.
More than 35 years’ experience in success.
Career.
Ready set Bechtle? Ready for Bechtle. Find out more about Bechtle as an employer now.