A Public Sector trainee – Accomplishing great things in a short pace of time.

Whenever I was asked what I was going to do once I’d finished studying, there was one thing that I was missing—meaningful examples. That’s why I’ve got together with two other former trainees to give you everything I never had. Here are just two examples of what you can achieve in a short time as a Bechtle Public Sector trainee. 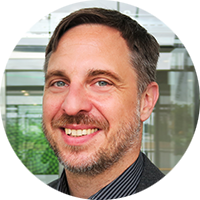 “I wanted to do something that would last. Something that could be reused”, says Stephanie Gerich of her project work. During her nine months as a trainee in Public Sector business at Bechtle, the 23-year old developed an app that can be used to select external service providers for a project and evaluate them. This saves time, helps to better calculate costs and “is much more fun than a boring Excel list,” she says. Before that, she explains with a laugh, she had no idea about programming or IT. She created the app with the help of a tool and “all the technical stuff I quickly learned about at Bechtle.”

“I can be quite critical, but I think that’s important,” says Oliver von Kleist. Even though he was only a trainee, the 26-year old didn’t hold back when he thought that processes behind and structure of eight-hour training modules could be optimised. So, his supervisors told him to come up with something. Now that his training is finished, Oliver von Kleist is now actively implementing his recommendations to change the content of the opening, break up the schedule with regular breaks and to include more time to share ideas with each other afterwards. Together with his colleagues, he has developed a whole new Public Sector training module.

Both these examples show just how important everyone is at Bechtle,” says Steven Handgrätinger, head of the Public Sector Division. “Project work can have practical benefits, and isn’t just thrown into a drawer and forgotten about. We are happy if someone questions something, because only then can we take steps towards optimisation.

Published on Jul 22, 2021.
19 Jul
5 questions for Ahmed Alnaameh, Junior Systems Engineer, Networking and Security.
After completing his vocational training with flying colours, Ahmed Alnaameh had the perfect foundation for a very promising future. At Bechtle, he works with the BISS team, protecting customers from dangerous hacks, but he took time out to tell us all about the last few years.
Read
18 Jun
5 questions for Antonia Döbler, Leadership Development.
There’s one thing Antonia Döbler loves the most about working for Bechtle—and it’s leeway. It’s her daily business to drive and develop the leadership culture in her company. In this interview she tells us what she expects from a good leader and how she came to move to Baden-Württemberg a year and a half ago, after finding just the right job vacancy.
Read
02 Jun
Everything but ordinary – The ultra marathon challenge.
Running 100 km. Not in a month or a week, but in 24 hours. That’s exactly what Sabrina Günther has done three times. Sabrina is ambitious and determined—and not just in sport. She doesn’t only work full time as a project manager, but is also doing a Masters in business psychology. In our interview, Sabrina Günther shares some insights into her personal and professional passions and reveals the motto she lives by.
Read
21 May
5 questions for Verena Boll, Process Manager.
Verena Boll had already worked part-time at Bechtle as a student before joining as a process and project manager two years ago. This gave her the opportunity to gain work experience and test the waters with Bechtle as an employer. In this interview she gives us some insight into her daily work as a process manager and tells us how Bechtle really sets itself apart.
Read
More posts
IT Insights

Crisis? An opportunity for schools.

The coronavirus has been a baptism of fire for schools with many institutions having to rethink how they deliver classes during lockdown. A situation that significantly accelerated the introduction of modern tools and new learning aids. In these difficult times, a large number of private companies and public sector providers have been offering fast support without the red tape.

Presentations - my tips and experiences.

With the start of the new theory part at the DHWB Heilbronn, it was clear to me that the semester would be similar to the previous one: At the end of the theory phase, there are 8-10 exams within 2 weeks. This time everything was different ...

Today I'm telling you something about my dealings with exams.

Our academy also has a wide range for our trainees. It starts with the first day of your training.

Digitized schools – it could all be so easy ...

March 2020: Up until then, I’d never really understood the criticism of the slow pace of digitalisation in German schools even though my son was primary age himself. Back then, probably because everything had been working so well, I wondered why primary schools needed comprehensive WLAN. We should be happy that they haven’t been sucked into the digital world yet. And then came corona and the first lockdown.

A week around “my workplace and the world of work”

Every Bechtle trainee can take part in this seminar. What took place in a conference hotel before Corona was carried out virtually over two days this year. Still a nice experience!

Modern work is witnessing a shift towards digital environments. Could this be the first step of a complete transition into virtual parallel universes? Will it lead to the creation of a cosmos in which we lead double lives as avatars?

In your training you benefit from very different measures. In a nutshell you will find the most important advantages listed here.

Your most important questions about vocational training/ dual course of study are listed here.

Our AZUBIs are our brand ambassadors and report on their training or dual studies. You will get to know them on this page.

Webinars instead of face-to-face training

After studying virtual and augmented reality technologies (VR/AR) from a scientific point of view for four years as part of her doctorate, it was clear to Mara Ortner that she wanted to promote their use. At Bechtle Karlsruhe, her focus is very firmly on these technologies when it comes to the Modern Workplace. In our interview, Mara gives us a look behind the scenes of her working day and her sporting pursuits, and tells us what makes Bechtle a stand-out employer.

"Our customers are tired of countless online meetings via Teams, Cisco or Zoom - so we are now taking them into the virtual world," promised Richard Einstmann, Managing Director of the Bechtle IT system house in Karlsruhe at the end of 2020. He definitely didn't promise too much. At the exclusive kick-off event of the VR Business Club Southern Germany on 24 February, the team managed to combine the feeling of personal presence with all the advantages of digital communication.

At Bechtle you can also do a student internship at different locations. So you can not only get to know the job, but also us as an employer.

In this blog post I would like to tell you about my third theory semester. That was a few months ago - at the moment I'm in the practical phase in the new semester.