IT is the key for more sustainability.

Digitalisation can help to consume fewer resources and emit less CO₂. There are several ways to do so.

Data form the foundation of understanding the world as it is today and shape it for tomorrow. Climate data, traffic, data, health data, economic data—it’s all measured and verified to ascertain, understand and, if possible, optimise current conditions. To make all this possible, you need sensors that collect weather data, smart metres to record energy consumption, networks to transmit all these data, plus hardware and software to process and analyse them and to create models and prognoses. This all works very well already in some areas, but in others results are still very fragmented.

IT needs energy. In 2021 alone, German data centres consumed 16 billion kWh. Data volumes are increasingly apace, doubling to some 102 billion gigabytes in German broadband internet between 2019 and 2021. Digitalisation is a very hungry caterpillar, and so energy consumption needs to be kept in check. The trend towards the cloud is contributing to this as shared resources—servers, heating, cooling, light, etc.—can be used more efficiently than if everyone has their own device fleet. What’s more, large cloud providers have started making their infrastructures more sustainable. By 2040, for example, AWS wants to be CO₂-neutral. Microsoft on the other hand is hoping to be CO₂-negative by 2030 and, by 2050, have compensated for all the carbon it’s generated since its founding in 1975. Renewable resources are increasingly being used as sources of energy. Google is already aiming for 100 per cent using wind and solar power to help them on their way. Other aspects include intelligent process management supported by artificial intelligence as well as low-energy lighting and cooling systems. Microsoft are even trying out an underwater data centre off Scotland’s Atlantic coast.

The 5G mobile network should also contribute to greater energy efficiency in the future as this more powerful technology transmits data considerably faster than the current 4G standard. The indirect result of 5G is that it will enable a nationwide Internet of Things and thus truly smart grids can be set up for decentralised energy supplies, and agriculture will be able to cultivate land on a large scale in a more intelligent and environmentally friendly way. Not only autonomous driving, but automated traffic management systems could be better implemented as 5G helps to avoid routes thanks to remote maintenance and control solutions. Even virtual collaboration will be much easier. 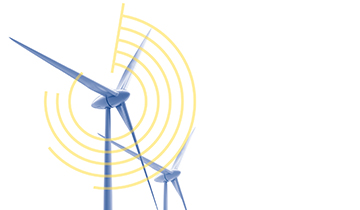 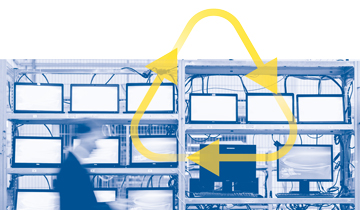 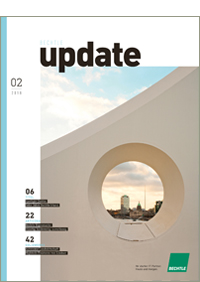 This is an excerpt of an article in the print edition of Bechtle update 02/2018.