New smartphones made in Germany.

The new customisable Gigaset GS3 and GS4 smartphones: The colourful baby of the family and its big brother with the all-round protection of the Gigaset service promise you know and trust.

Full of character, customisable and a real eye-catcher—Gigaset smartphones with a completely new look and feel. Both have large, bright, high-definition displays and powerful batteries. The smaller of the two siblings impresses with features such as wireless charging and a replaceable battery, while the bigger one also boasts NFC and a triple camera system. Gigaset is blazing a trail with both models coming in at under €230.

The new GS3 and GS4 models are the direct successors of the GS190 and GS195 and offer much more in terms of features that you wouldn’t expect in this price class. “We focus on features that offer genuine added value for users and wireless charging, NFC for contactless payments and replaceable batteries do just that”, explains Andreas Merker, VP Smartphones, Gigaset. “If the customer prefers, we can also put the notification LED back on the front without compromising the display size.” The GS4 is now the fifth smartphone “Made in Germany” that Gigaset designs and produces at its factory in Bocholt, North Rhine-Westphalia.

Business customers are especially attracted to the potential for customisation. The requirements placed on a smartphone differ according to industry and position. Gigaset gives you the opportunity to put together a smartphone that is tailored to your needs—from specific features, housings in your company colours, and engraving words and logos to accessories and individual service offers even for small order quantities meaning you can order an engraving even when only purchasing one device. For orders of 300+ devices, Gigaset will even personalise the software and accessories.

Gigaset sets great store in service and quality which is why their smartphones all come with the Gigaset service promise. 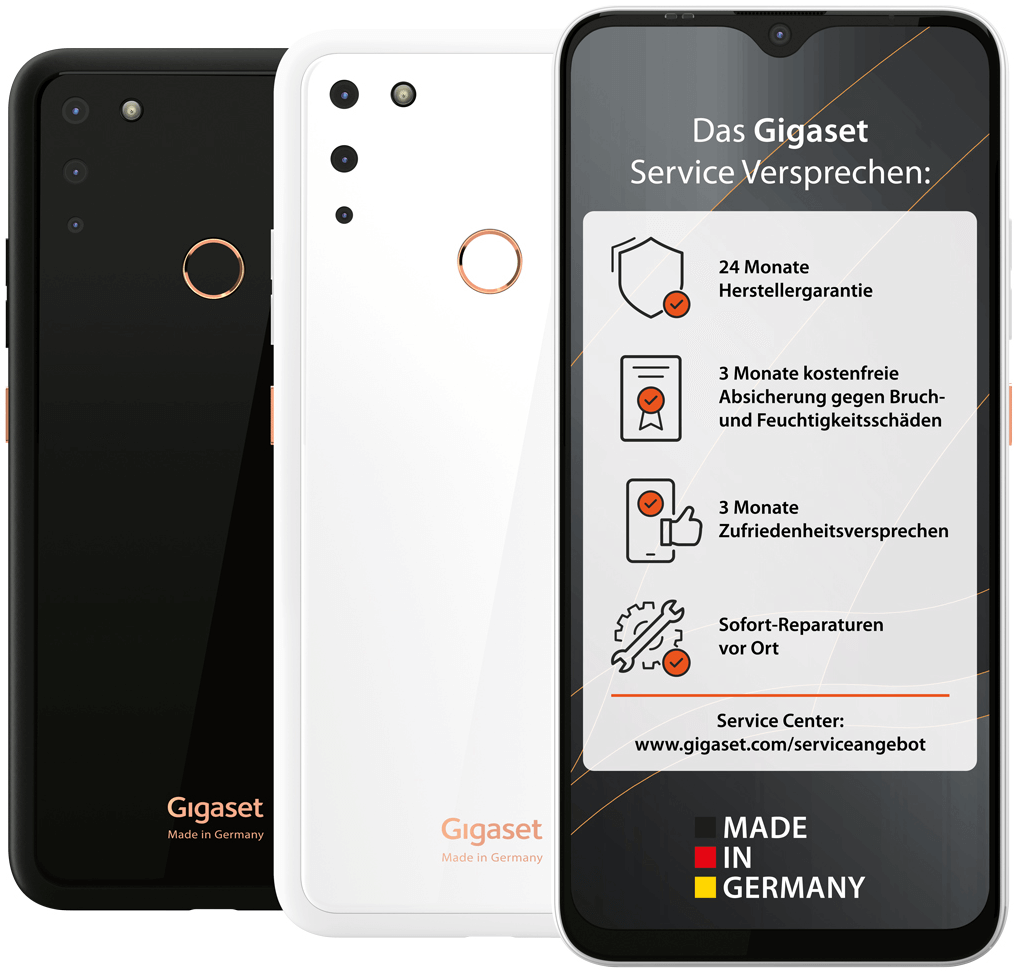 Colourful on the outside, smart on the inside: Interchangeable colour cover and impressive battery capacity.

For extreme conditions at work.